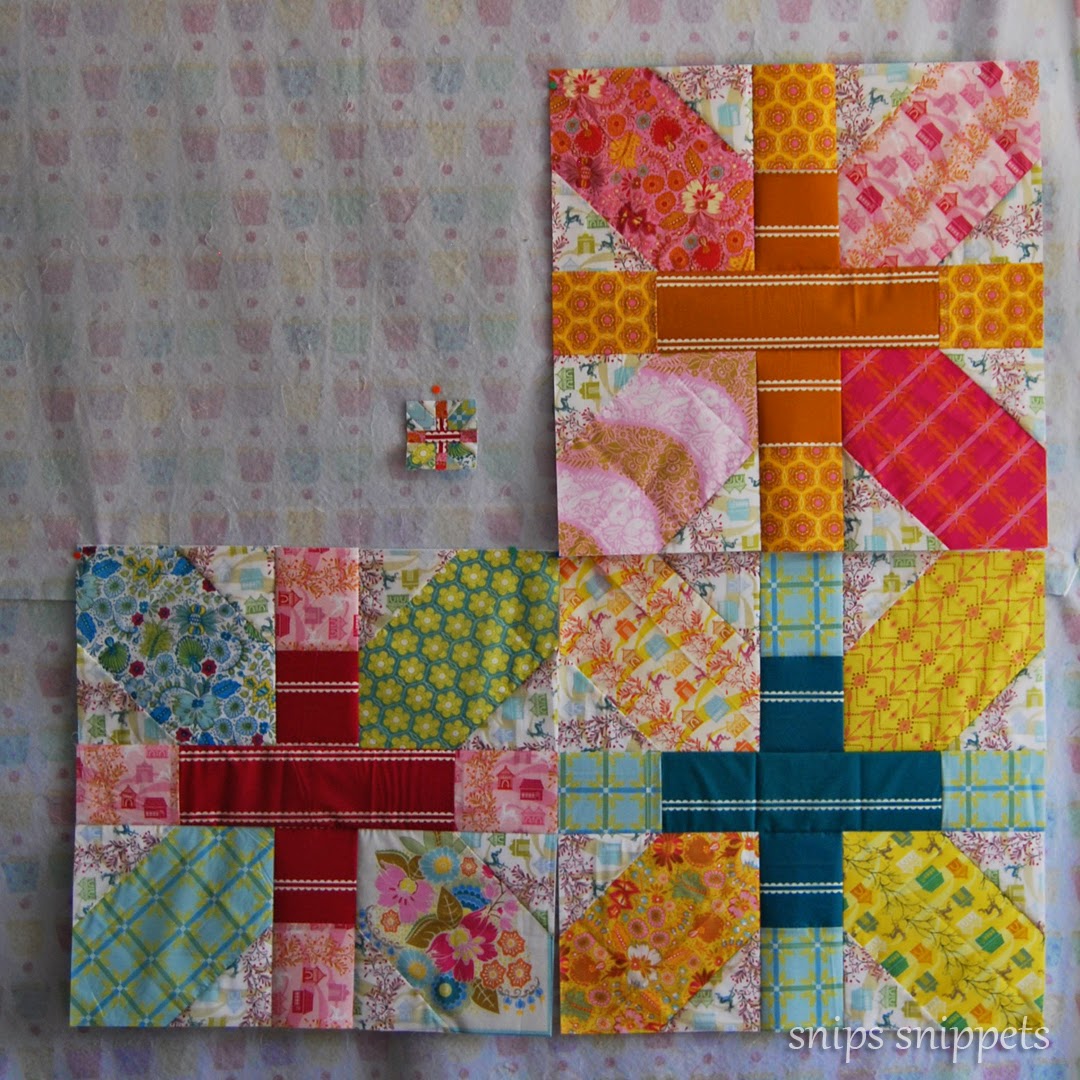 After coming to the realization that my epic hexie quilt was never going to be completed, i made the decision to try my hand at the popular Japanese +x quilt block.
And after seeing Karen's from CapitiolaQuilter i knew i wanted to use a variety of sizes in mine.

So to my rescue once again, with yet another paper pieced project of epic proportions... the fantastical Sarah from Sew What, Sherlock? With super quick skills, she sent me the patterns for four different sizes, the same night we joked about me making the whole thing paper pieced! Awesome! And if you fancy trying your hand at pp +x blocks she has three sizes listed in her shop, including this adorable three inch block. 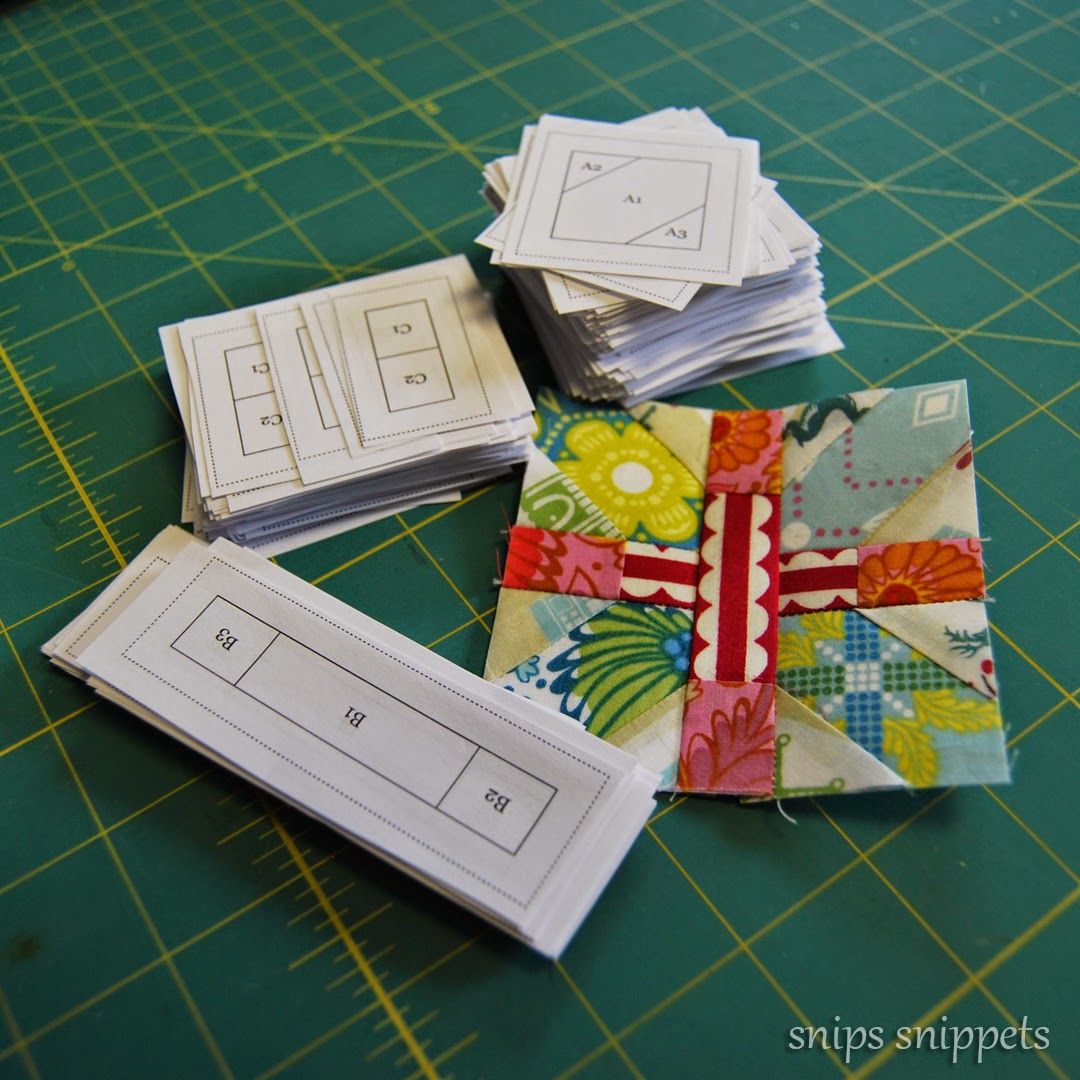 And did i mention the patterns are free?!! Awesome.

So today's work was really getting the three largest blocks finished up. The twenty four inchers. 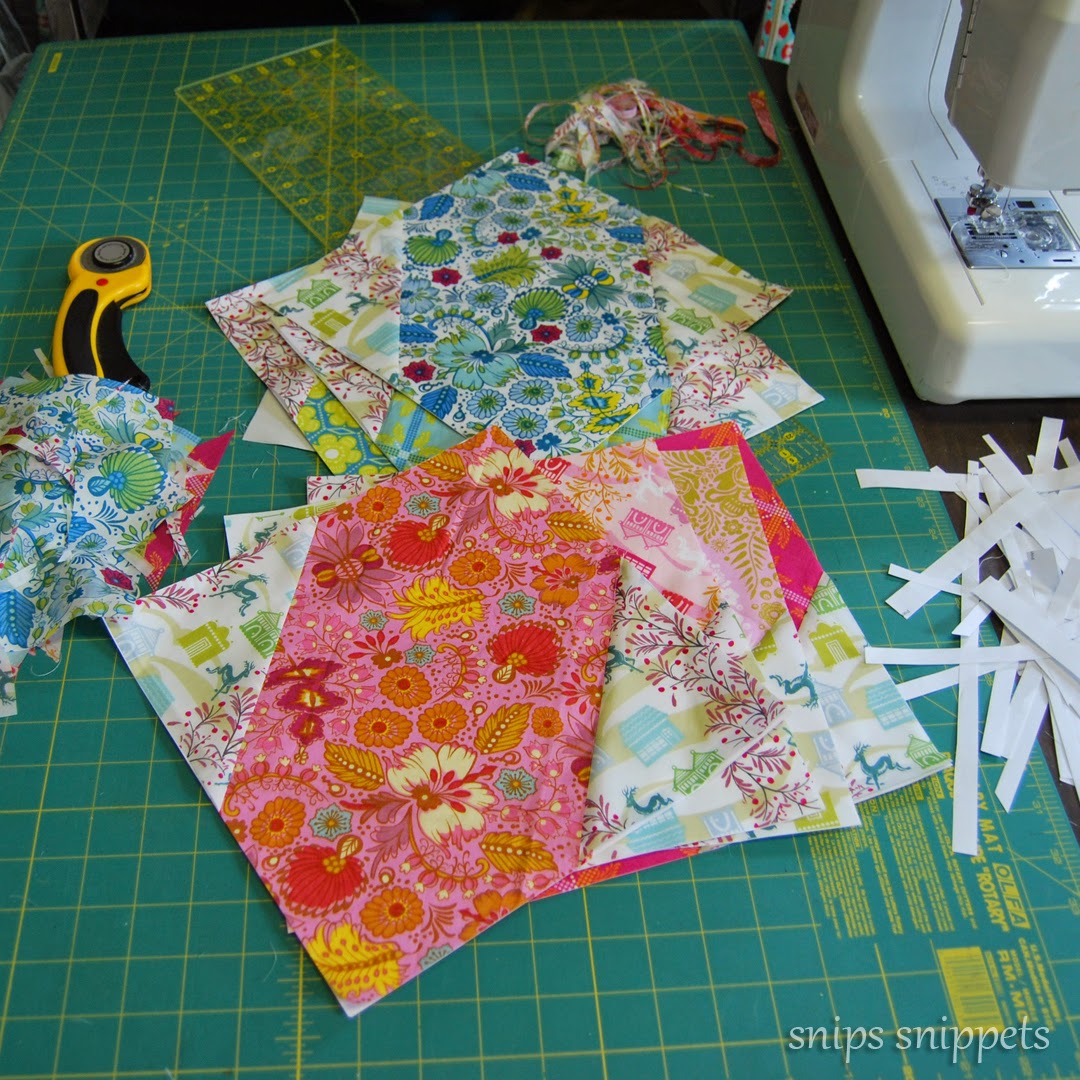 These went together super quick. Though i have to say, i'm not sure paper piecing was the best option for voile's. Super slippy, and somewhat tricky to keep on the paper while sewing! 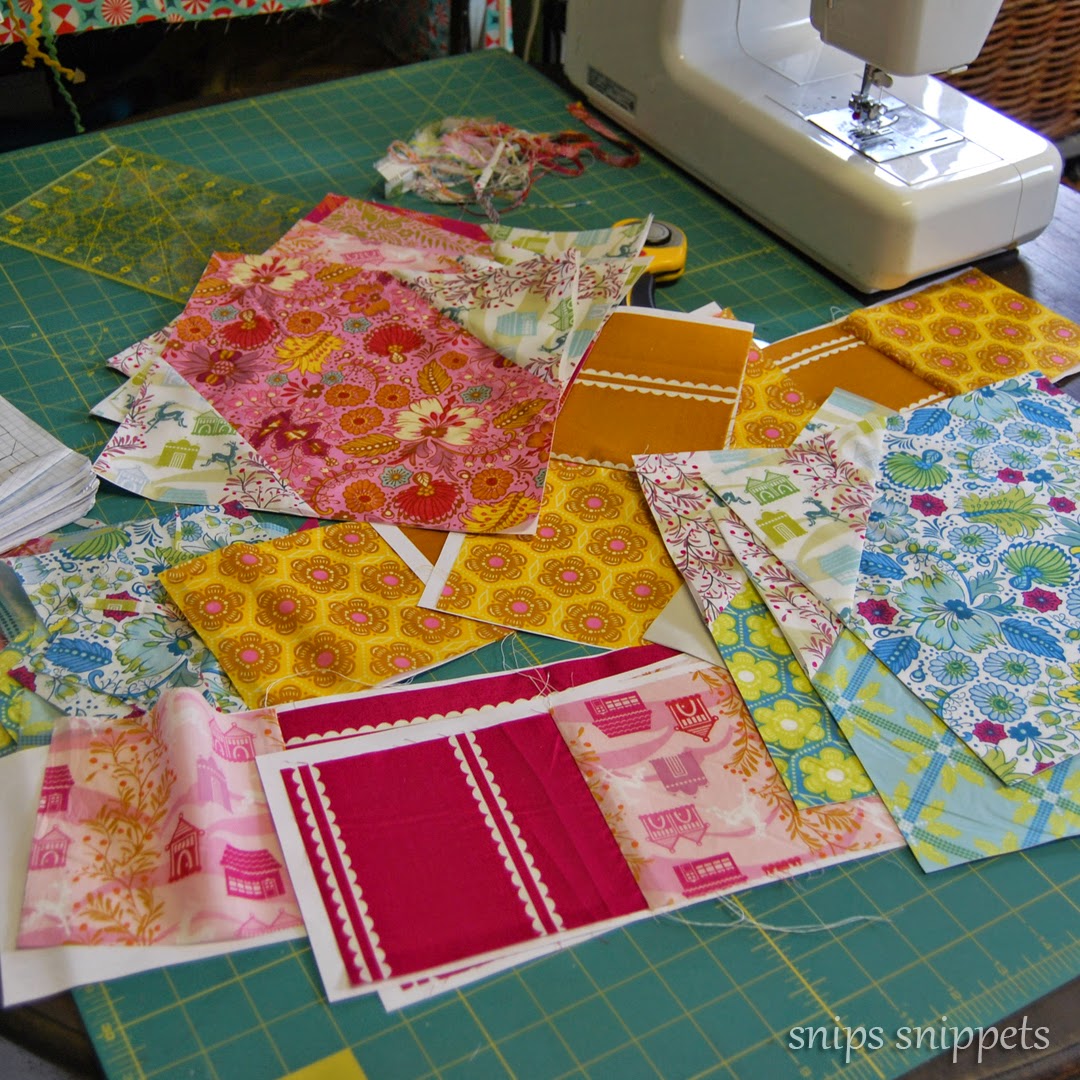 The next order of business was the + sections for the twelve inch blocks. 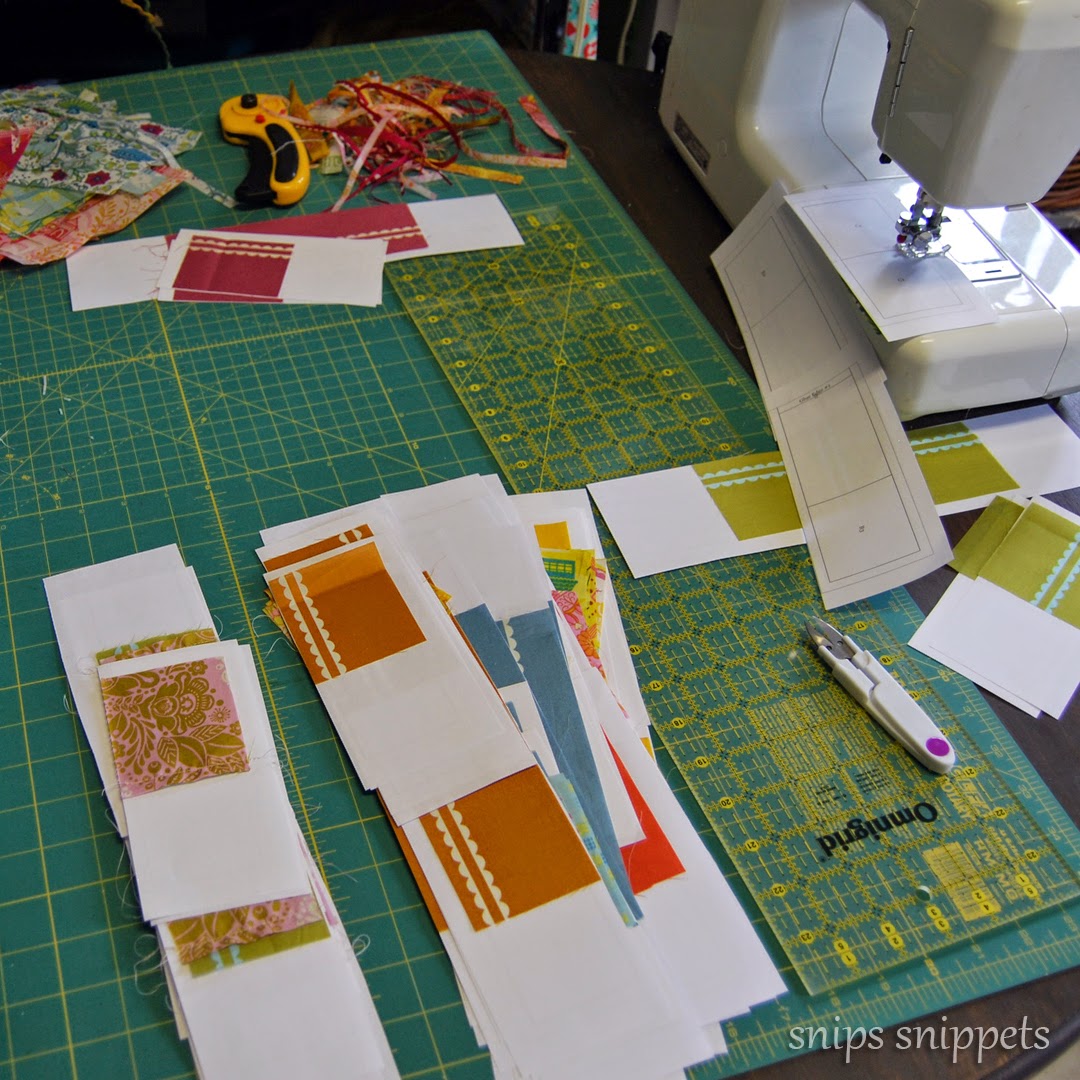 All twenty two of them!

In an effort to keep some sort of continuity while at the same time feeling scrappy, i've decided to use the AMH Pastry Line prints for all the + sections of all the blocks and the same background fabric throughout as well. So far i'm loving how the plusses of the block really stand out! (so much so that i considered making six more 24 inch blocks and calling it done!) 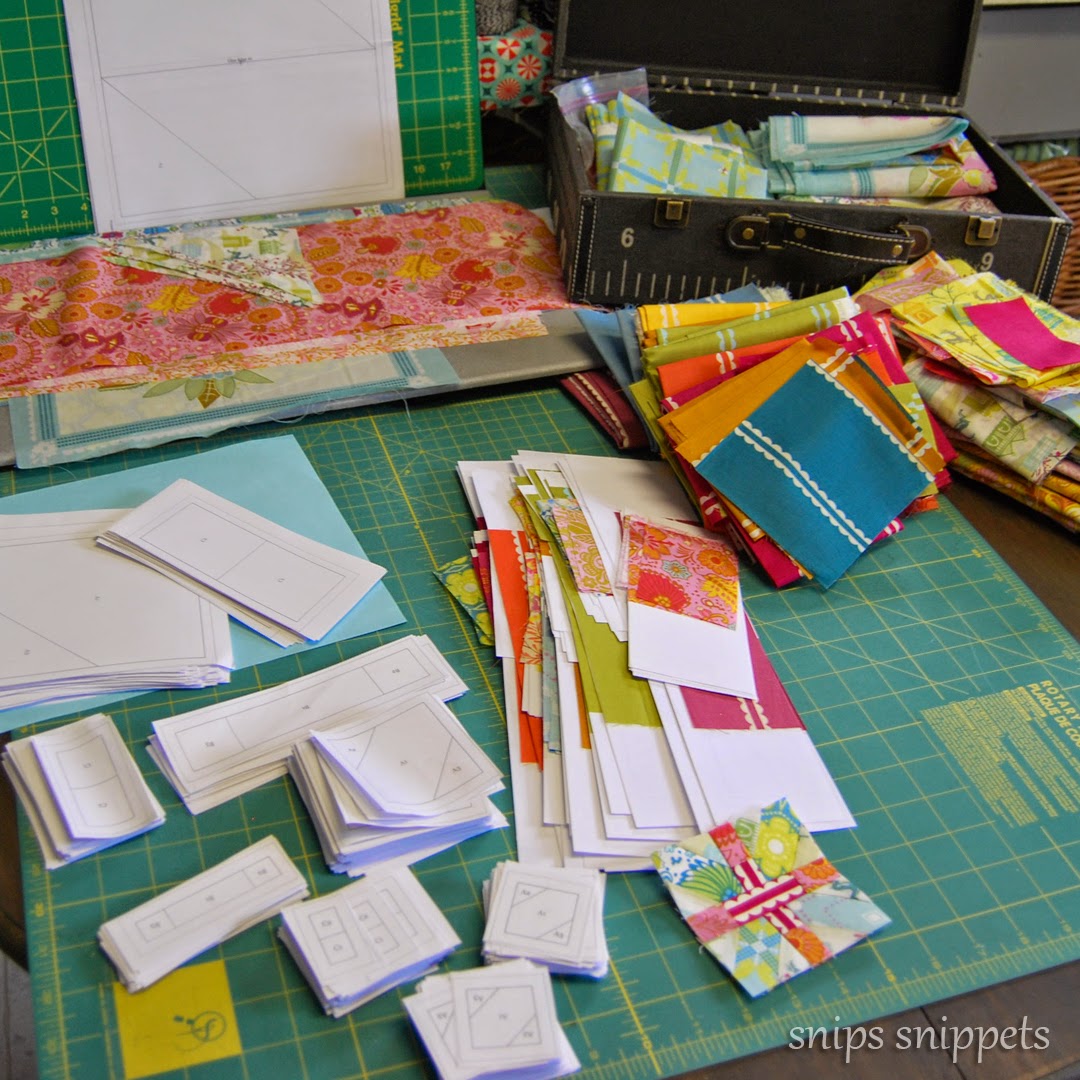 But i guess i shall continue on and head back to the fun part! Pairing the rest of the Little Folks line with the Pastry prints!

Only 22 twelve inch blocks to go!... oh, and the 36 six inch blocks i need to make. And then there's the 68 three inch blocks, well 67 actually, i have completed one!... this project was supposed to be faster than the hexie quilt i had originally planned for this bunch of fabrics. Where exactly did i go wrong?

Linking up with Lee over at Freshly Pieced for WIP Wednesday, pop on over and see what's going on!
So that was my WIP Wednesday today, what fun little bits have you been working on?