Well now, i'm about to start in again on my Q4 FAL list... do i need to ask if anyone needs to grab a snack, or go pee? I'm pretty sure you all know the drill by now. Though don't be alarmed when you get to the bottom of the list and realize that it's not nearly as long as my Q3 list, this was in fact intentional. There have been a few items that have repeatedly shown up for every list and still have not made it to the finish line. They will not be rolling over this time around. There are also things that i would like to be adding to this list, but with Christmas around the corner, most of my sewing time will be focused on getting gifts made! So without further ado, may i present my Q4 list! 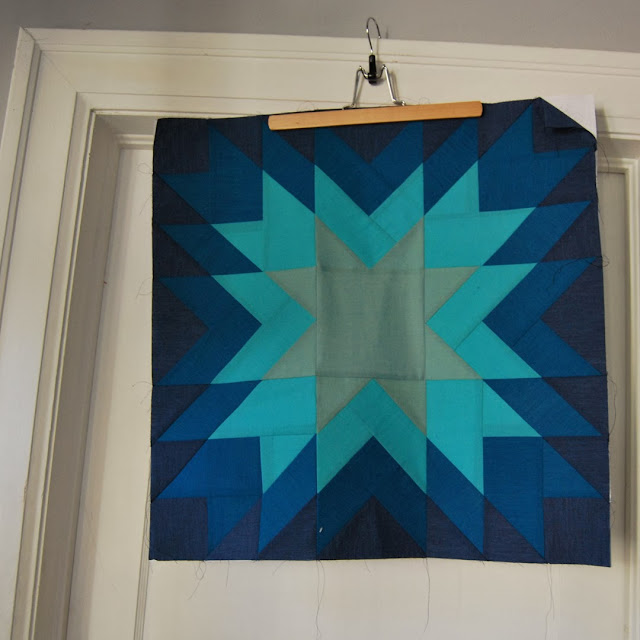 This lovely Fusion Star block is going to be a nine block quilt... i'm still hoping to get a post of it's own up at some point, so stay tuned for that!.. next week? 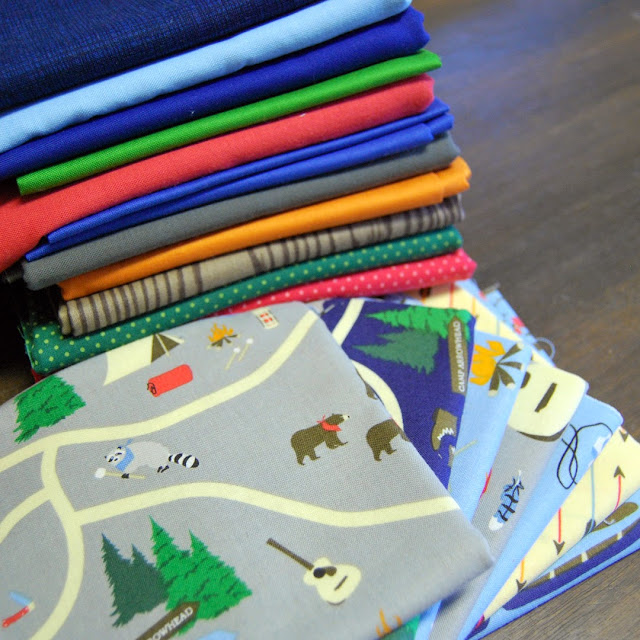 This stack is for a commission, something quick and easy... and has been sitting for over a month now. I've cut one fat quarter and that's it! My original plan was to do a simple turning 20? pattern ( i have no idea if that's the right name or not) but i just haven't been feeling it. I'm now thinking about using a D9P but with larger starting squares. In this one i started with 5 inch squares, so for this lovely stack of Take a Hike, i'm thinking of starting with a nine inch square and seeing how it goes! 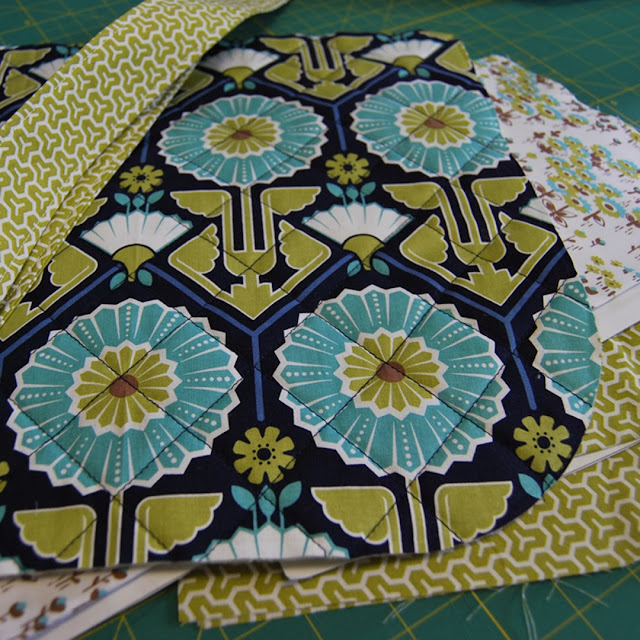 Kinda forgot i was making this Noodlehead Super Tote, i need to find it and finish it! 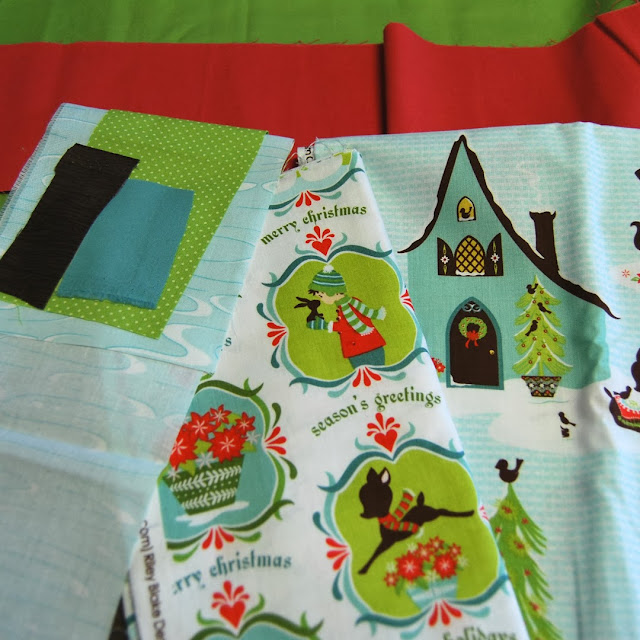 I've had these fabrics pulled for a project since before last Christmas, this year it's getting done! Can't say much about this project except it will be soft and squishy and not a quilt! 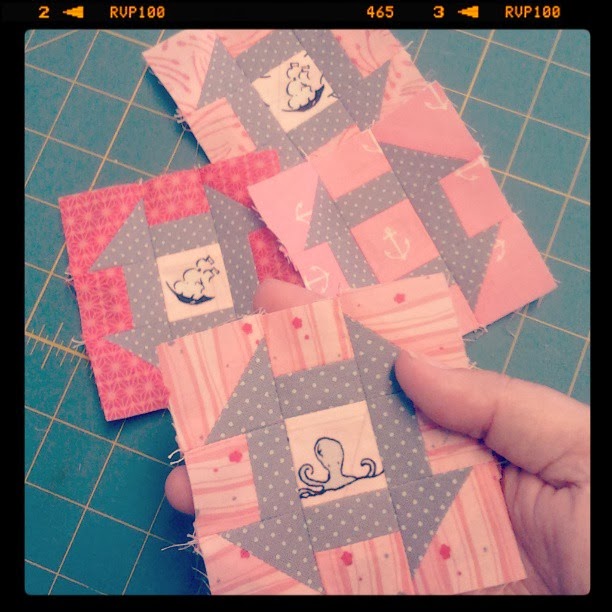 Throwing my little churn dash baby quilt into the running... it's going to finish up at only 36" square and i've almost finished the churn dash blocks so it should be a breeze right! 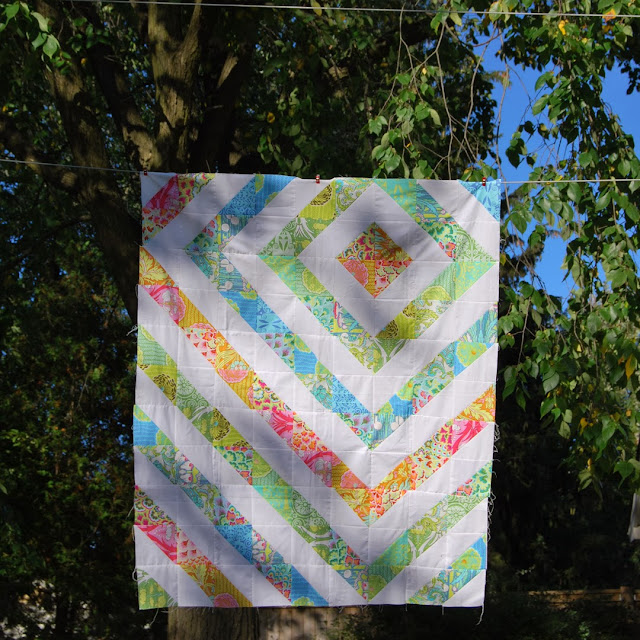 This was the very first quilt top i ever made using HST's, long before i realized the importance of squaring them up before sewing them all together! I think i may have just assumed that my cutting and piecing skills were just so phenomenal that everything would line up perfectly! I've never been more wrong. Seriously click the photo and get a good look, i don't think there's one point that lines up to where it should be! I briefly considered taking the whole thing apart and squaring up all the HST's but just couldn't bring myself to do it! I think i'm going to try a bit of FMQ on this one and see how it looks! 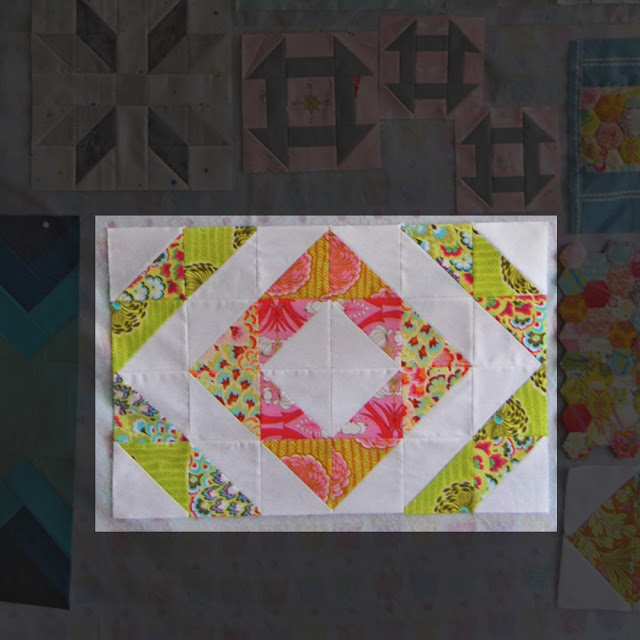 And how about a matching pillow for the previous quilt?! Then there's this little stack. I've had Noodlehead's Divided basket pattern for quite some time now and still haven't gotten around to giving it a go. Now's the time. The fabric has been cut and i'm ready to give it a try, without interfacing... or should i use it? Could i use canvas instead, with a bit of spray adhesive? Anyone ever make one of these before?, tips greatly appreciated! This stack is also going to be used for a set of Nova's Nesting  Fabric Bowls along with some other bits and bobs for a friends nursery. 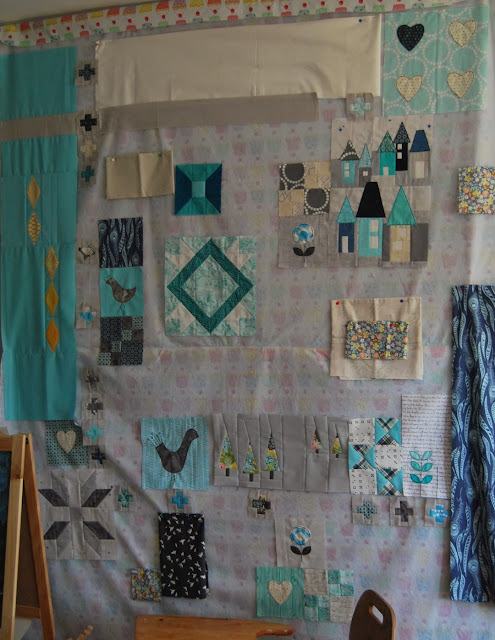 And finally something for me! If i can stay on track with my Penny Sampler i should be able to finish it in time...

And that my friends is my list! Easy peasy! Excuse me a second while i wipe the sweat from my brow...
You'll notice that my two biggies over the last few months are absent, Christmas Stars didn't make the cut this quarter, nor did my Indian Summer. No time, Christmas gifts take priority, though if i can squeeze in any time on them i will!

So my finishes for the day are surprise, surprise... blocks for my Penny Sampler! Which i desperately need your help with! Pretty stuff first though! My Ribbon Square block... love this one and i think i'll be using this block pattern for an up coming project! 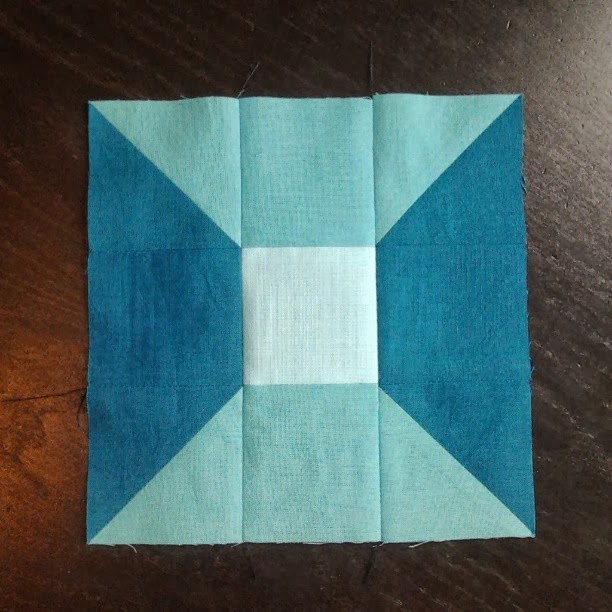 My Jewel block is probably one of my new faves. I just love the colours in it! 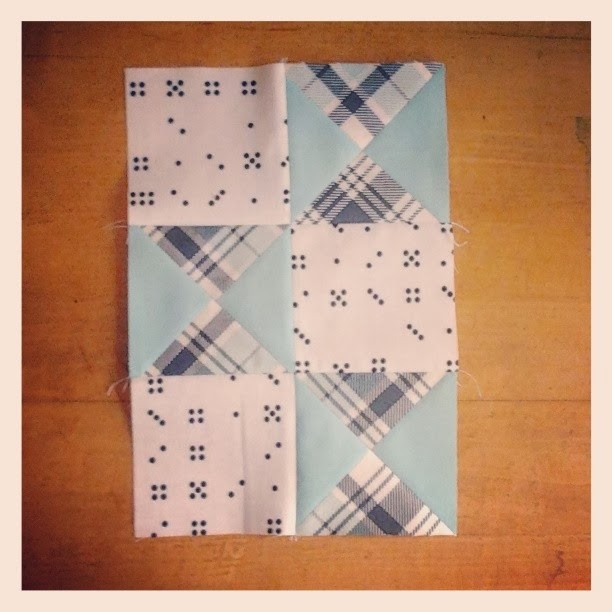 Which is destined for the seam ripper, along with a few others i might add! Don't get me wrong, i love this block but i didn't fully think through where it was going when i pulled the fabrics for it. It falls between the spruce forest block and the vines block, which is also white. Not working, take a look. 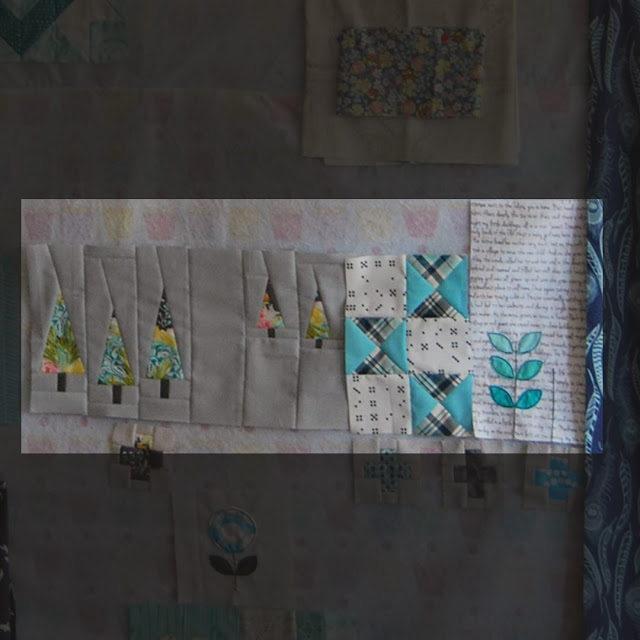 I think i'm going to take out the domino dots and replace them with the grey pearl bracelet from this block... which is also getting the seam ripper, eep! I think the darker grey in between the light grey and white will balance it a bit better... i hope.

This block is under the ripper to get rid of the solid cream patches. Kona Putty... i thought it was going to work with my Penny Sampler but the more i look at it the less i like it.
I've already removed my mitten block which was appliqued onto the same Kona... and i might actually just remake the whole thing. Only time will tell!

So here's where i need help. My Penny Sampler has taken a giant shift from the mood board i created. It's taken on a decidedly more wintery feel and i love it! But now i'm not sure where to go. Here's my original mockup. 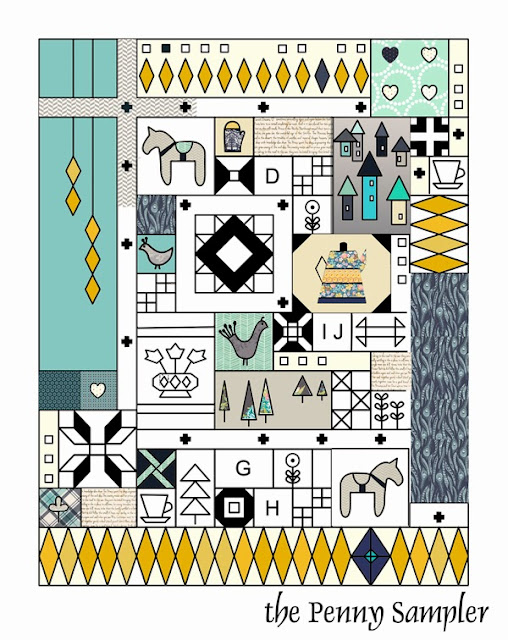 All of my diamonds were to be yellow, now i'm not so sure it's going to work with my new crisper, wintery theme. The left hand side diamonds have already been made and i have no problems what so ever taking them apart. I'm thinking the diamonds there need to be a mix of grey and white. Along the top and bottom i'm using Kona PFD for the background and i'm wondering about using blues for the diamonds now. I've also removed the small scale floral print that i was going to use for my teapot and cups, i just don't like it with the new look. It's been replaced with the Flight pattern in luna from Waterfront Park. 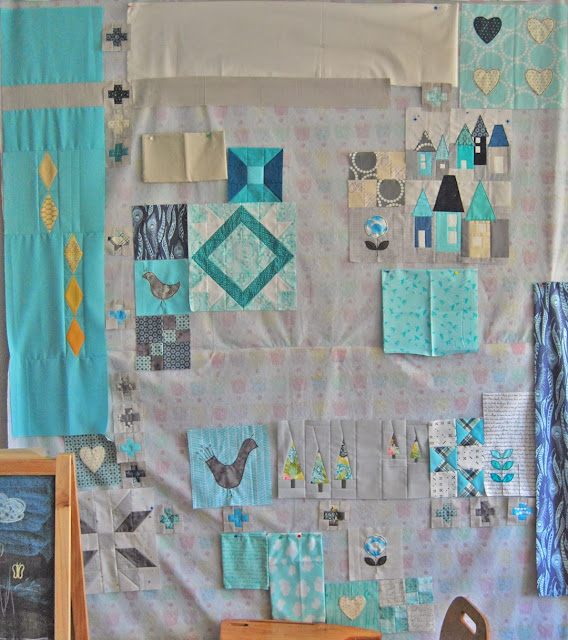 Here's where i'm at as of this morning, sorry for the washed out photo! We're about to move into the paper piecing portion of the class and some of the diamonds are the first to make. Do i stick with yellow or change it all? Help!!

Linking up with Amanda Jean and Kelly this week, as well as adding my link into the mix for the Q4 FAL over with Leanne!

High fives for the start of the Q4 FAL!
xo snips 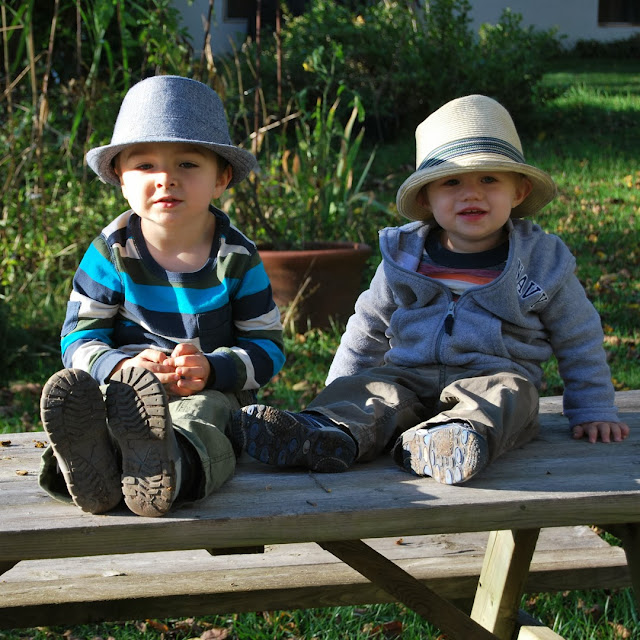