WIP Wednesday - too many sticks in the fire...

...and not enough marshmallows. 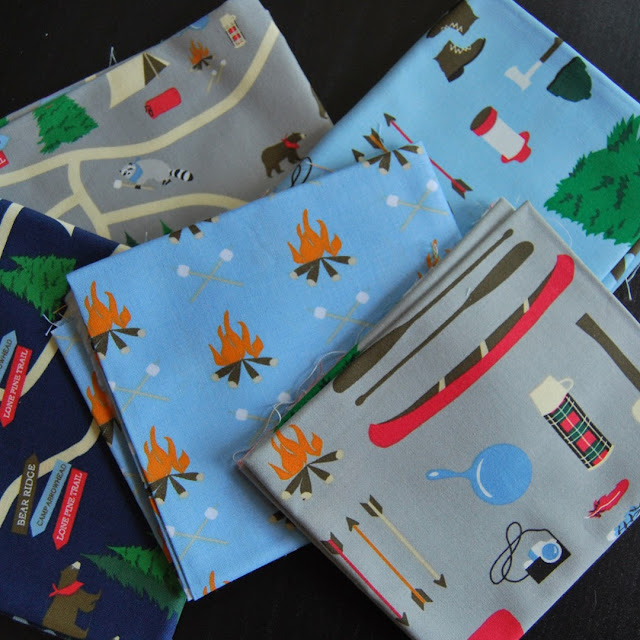 It's official folks, i have too many sticks in the fire and it's burning me out. Lately i just haven't really felt like doing much of anything, i don't know if it's me that's the problem or what, but i don't like it!
I'm still working away on my Penny Sampler, and it's been nice to have something that is a constant project, no real deadline, no rush, but enough structure that i keep going. As for the rest of my projects... they've all fallen by the wayside. For now anyway.

So in an effort to ramp up productivity i thought i'd pull out a wip that definitely needs to get finished. The little + quilt for my youngest, Max. This was to be for his first birthday, which was the end of February, so i need to smarten up and get it finished! 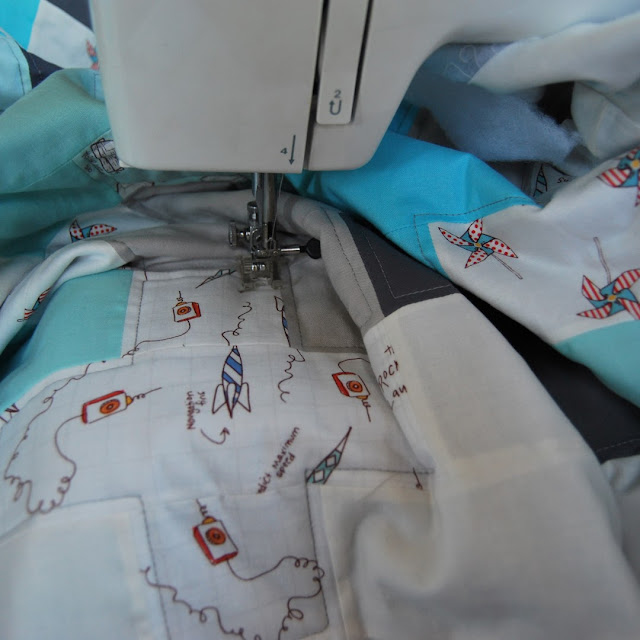 I'm keeping things simple and just quilting about a quarter inch inside all the pluses, and by simple i mean that it was silly to think it was going to be simple... 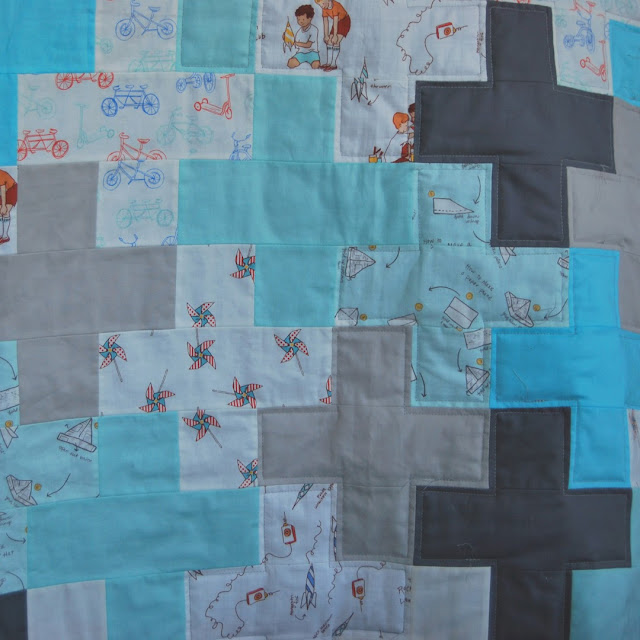 That's 12 corners i need to turn for each plus... doh! Couldn't just do straight lines like i normally do, could i?! I do love the way it looks though, and for Max's first quilt i want to keep it soft and floofy, and all the straight lines would have densed (technical quilty word) it up a bit, you know what i'm sayin'?!

I'm hoping to have a quilt finish for Friday, but hey, this is me we're talking about, i make no promises!

And while we're talking about me (pretty slick the way i did that hey?)
I"m not sure if you all remember the little Indian Summer quilt i was working on? Oh you do?!
Well... i don't like it. There, i said it. And man does it feel good! Now don't get me wrong, i like all the bits of it, but i think what i'm not liking is the format in which i'm using them. It turns out that while i love so many of the medallion quilts out there, it's just not for me. I added on the last border a few weeks ago and never posted a pic because i really didn't like where it was going. It just wasn't me. 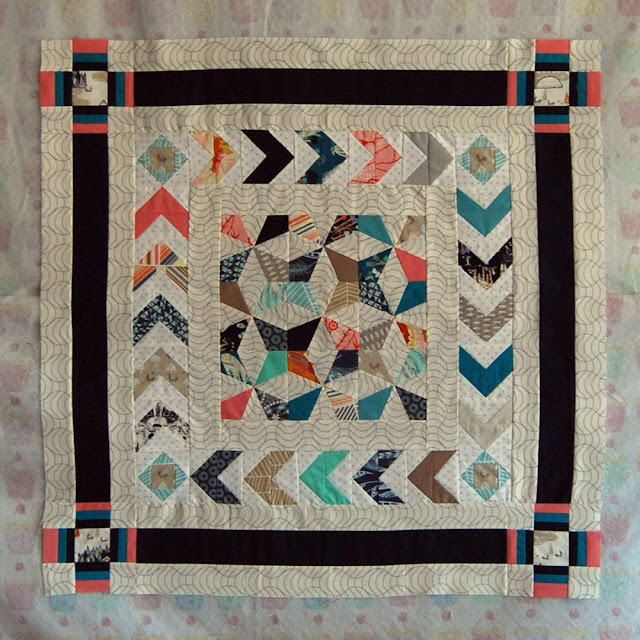 I thought at first that it was the addition of the dark navy into the mix in such a large portion. So i left it up on my design wall for quite some time trying to determine what it was that i didn't like. I tried to convince myself that once i put on the next border i would come around, but what if i didn't, would i just keep telling myself that when i added on every border? So i've decided to unpick, i'm not sure how far back, maybe just to the geese, we'll see.

Somewhere along the line i lost the feeling that i was hoping to convey with these fabrics... that quintessential Indian Summer feeling. Which for me has always meant one last hurray before the cold weather, light and airy and fun! So not where this quilt was going. It was starting to feel way to structured...  add this border, then add that border, put the cornerstones in the corners... blah, blah, blah.

I've now decided to change tactics and use all the little bits and pieces i've already made as well as whatever else i feel like trying and mashing them all together as a sort of sampler? I'm just making this up as i go now folks so please bear with me as i figure out what the heck i'm doing. But i'm already feeling better about my decision!

Cause really folks, all this is just to good to waste on a quilt that i'm not going to like!

High fives for getting some of my ducks in a row!
xo snips

Linking up with the hysterical Molli Sparkles, who has managed to blogjack Freshly Pieced and is holding Lee hostage!