No real focus here today peeps... I've been doing a bit of everything. Spent some of my day trying to get the quilting finished up on the Sidewalk Blocks quilt. 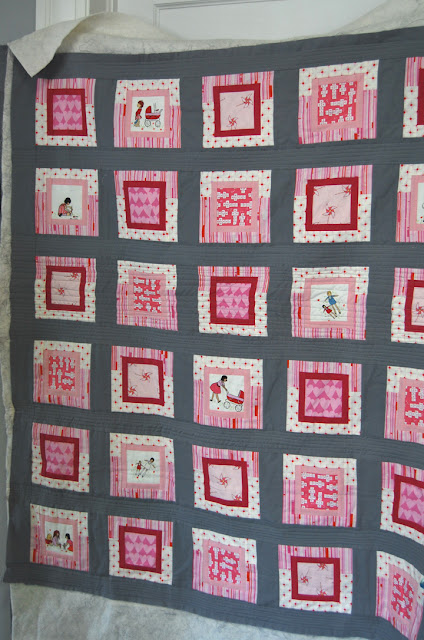 My original plan for the quilting was quickly put to rest by my complete and utter lack of FMQ skills. I must at some point just make a quilt sandwich with cheapy fabrics and spend some time just practicing. I had planned on using this tutorial, looked easy enough... maybe for someone that doesn't have a lead foot! At one point, (i think it was after my second attempt) the Mr. came upstairs from his studio to find out what was making me laugh so hard. I wish i had taken a photo of the FMQ... it was hysterical!  I made three valiant attempts and called it quits! Straight lines it is! Well, straightish... 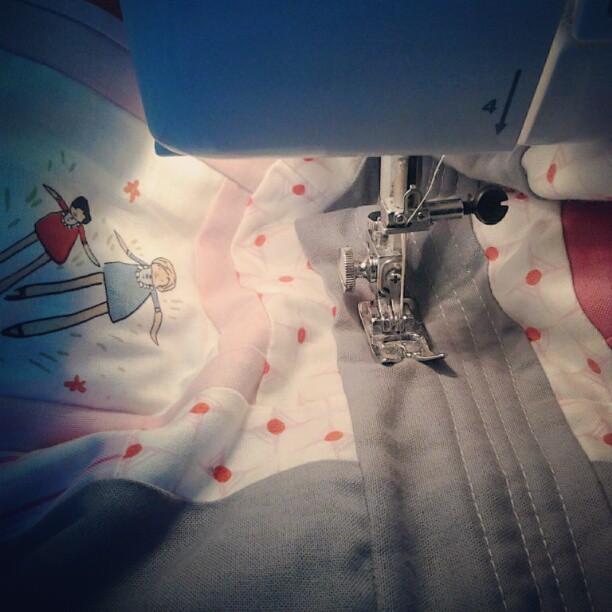 I started with all the horizontal sashing and just went... no quilt guide, no lining the edge of my foot with the seams, hell, i didn't even use my walking foot! I just went! Now i'm going back and quilting between all the sashing.  I'm leaving the in between quilting a little more spread out than what i did within the sashing, for now anyways. I may decide to go back and make the whole thing more dense but i want to wait and see first. 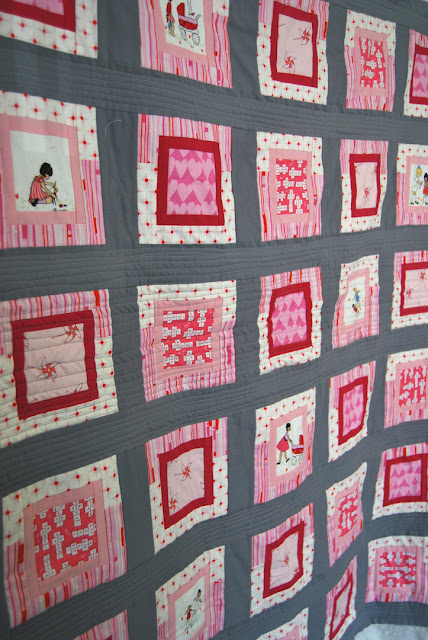 I was hoping to be a little further along but my quilting was thwarted by a one year old that likes to grab. 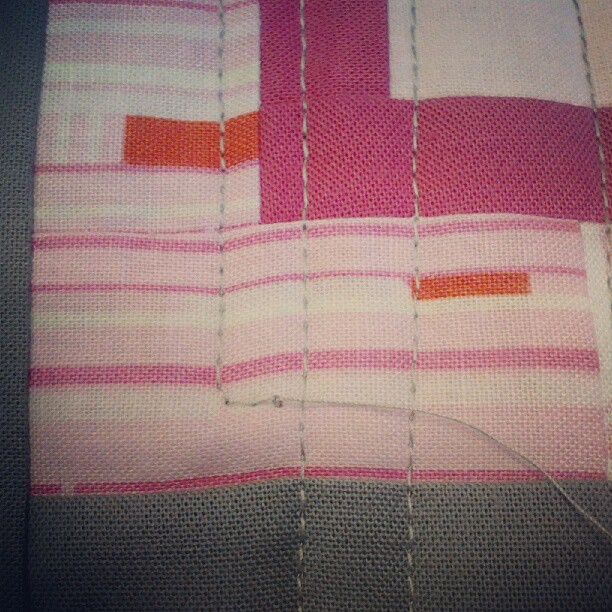 I don't normally attempt any quilting while Max is up, usually i wait until nap time. But he was playing in his room and i thought if i could just get some of it done... Well he came out and kept grabbing the side of the quilt and i should have stopped then and put it away. He finally grabbed and pulled, resulting in the stitches you see above. I'm just glad that my foot listened to my brain when it said stop! Otherwise there would have been a whole lot more stitches to unpick!

So when i realized that quilting wasn't going to happen i pulled another project on the go... 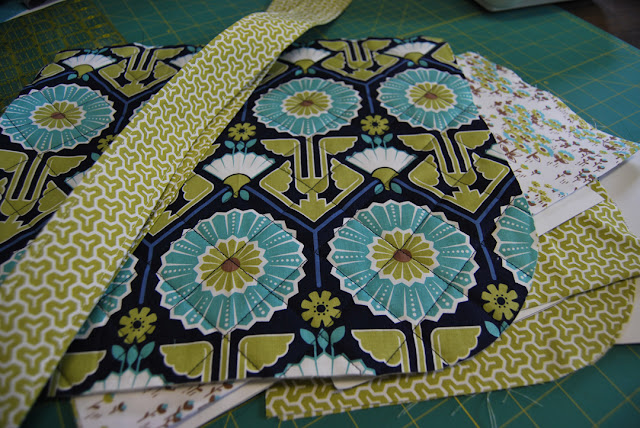 Moving right along, that's right, i pulled out another project to work on. 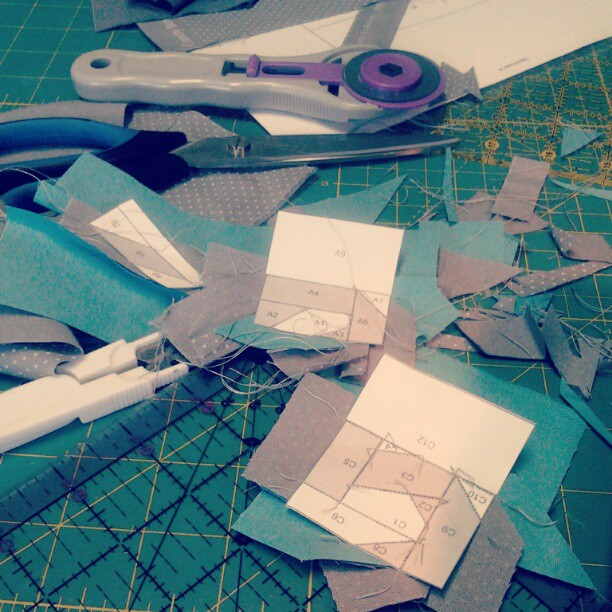 Some more paper piecing fun! Will hopefully have something to share tomorrow! I make no promises ;)

So, after a little of that i grabbed a stack that i had put together last week and started cutting. 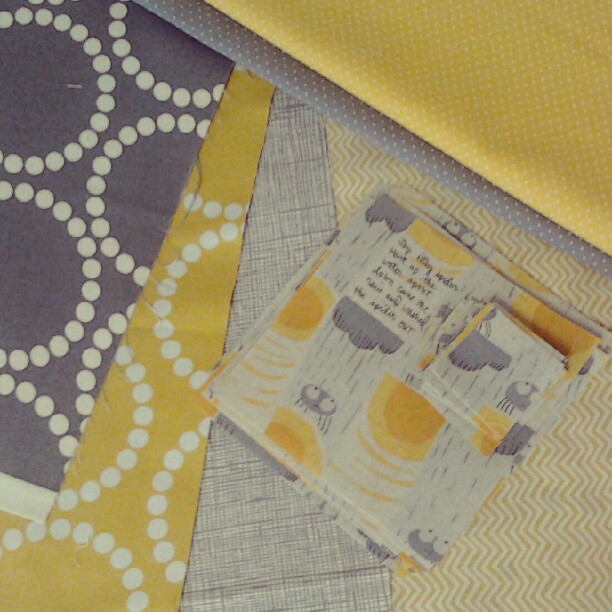 Everything is cut now and the chain piecing has commenced. Fingers crossed that this one get's finished for Friday!

One at a time or as many as possible? How do you like to work!
Linking up for Wip Wednesday over at Freshly Pieced!

High fives for having a day with absolutely no focus!
xo snips 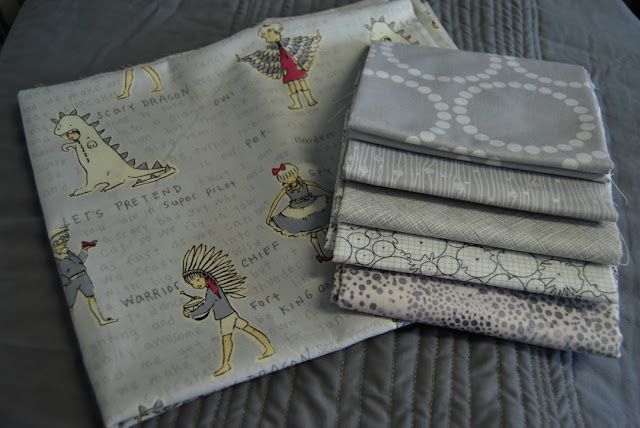