Or at least trying to find it... though i'm pretty sure i may have been born without wonk.
Witness exhibit A... 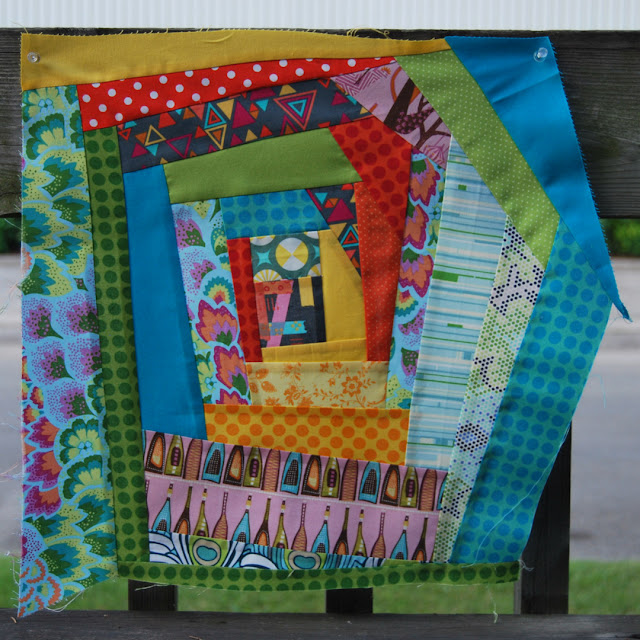 My August block for my bee. Wonky log cabins with lots of bright colour is what was requested. And 14" but not squared up... mine is at least 15" at the smallest and obviously not squared, and it's driving me nuts that i have to mail this with all those woobly bits! I struggled with this one trying to keep five sides, it somehow always reverted back to four. I can't say this is a block i would have ever made had i not been in this bee. But i guess that's part of the fun in joining a bee right!

I also tackled my block for July as well. 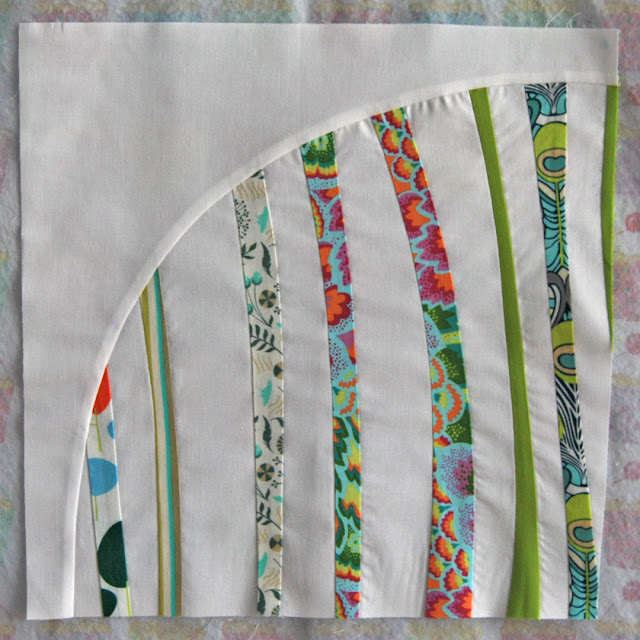 Barb had asked for "a less “scrappy” block. Think lines, maybe curves, maybe negative space and lots of colours!"  Curves are my "arch"nemesis (haha!, get it? arch? ha!... sorry... i think i may have heat stroke),  which is why i chose this block, not because i have heat stroke, but because it would push me out of my comfort zone.

And did it ever! Again a fourteen incher was requested and because i had no idea what i was doing when i started, despite having this tutorial to work from, i began with a 17 inch square. I figured if it all went to pot i could maybe cut down and still be able to end with a 14" block.
My plan worked!... the block is about 15 inches, which means that there is still enough wiggle room for Barb to square up, (and cut off that little green bit on the right hand side.)

The photo is making it look really puckery (spell check is trying to tell me that's not a real word... pfff, whatever. Don't tell me what to do spell check!! You're not the boss of me!) Sorry where was i? Oh yeah, i did starch but some of the areas i just can't get to lay flat. I hope it will work out in the end, maybe the quilting will hide the pouffy (is too a real word!) spots, fingers crossed.

I also have been spending some time with this guy. 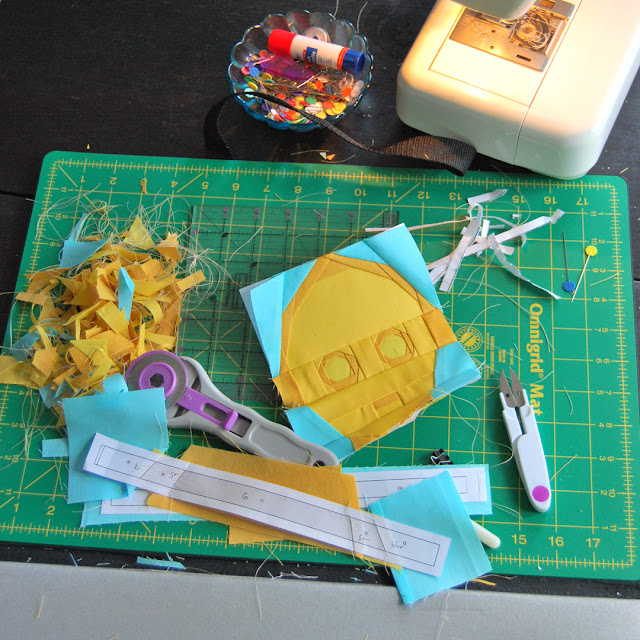 Who was quite a bit more fiddly than Leia, but still doable for a newbie like me! That being said i have a hot date with my seam ripper later... the seam under his eyes shifted while i was sewing and things aren't lining up the way i would like. 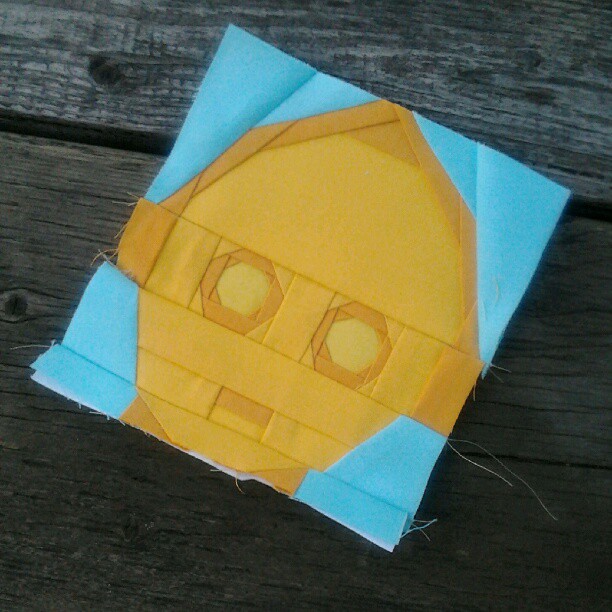 See the shift? I'm probably being too fussy but since this is going to be a quilt for us i will spend eternity looking at that mismatched seam and wishing i had of fixed it. But i do love him!

I also love this guy! 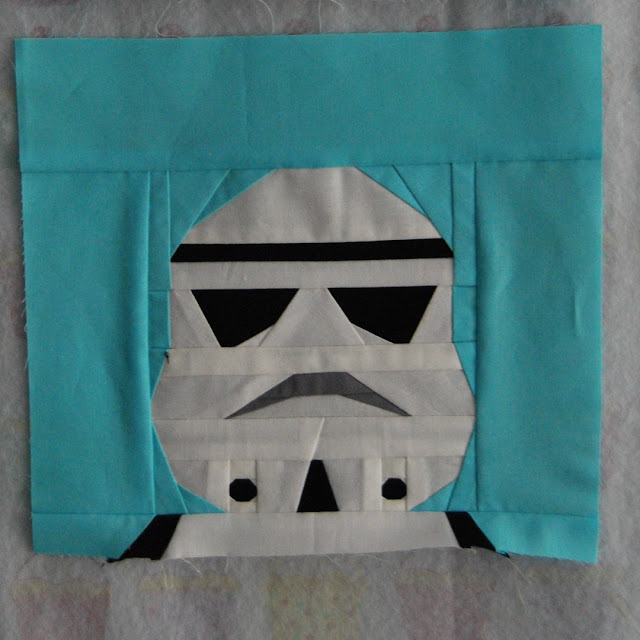 He also needs some finishing work in the form of embroidery, he goes into the pile with Leia!

And two last little things that i love... 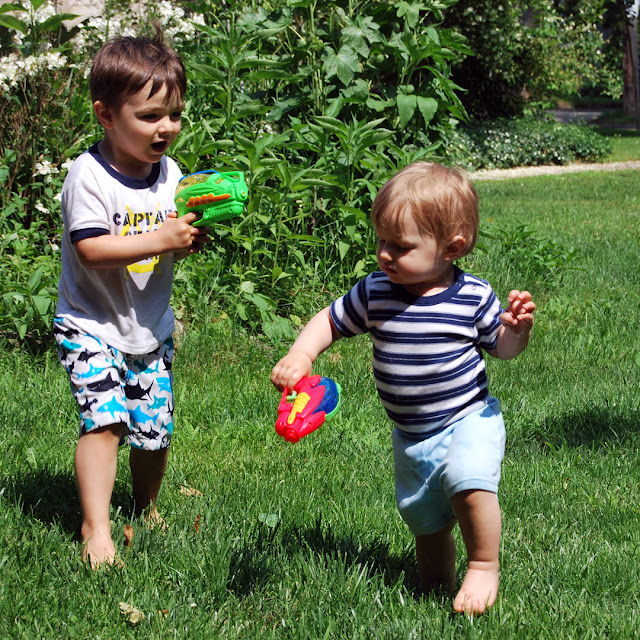 Linky linky loo list: (seriously people...i have no idea what my deal is today, it has to be the heat!)
Freshly Pieced
Needle and Thread Thursday
Posted by nicole at 10:50 PM