Really? I haven't posted in a week?!

Hmm. I mean i have been busy, but really? A whole week, hmm. A little catch up first is in order then on to the WIP's, feel free to skip ahead, i won't be offended :) 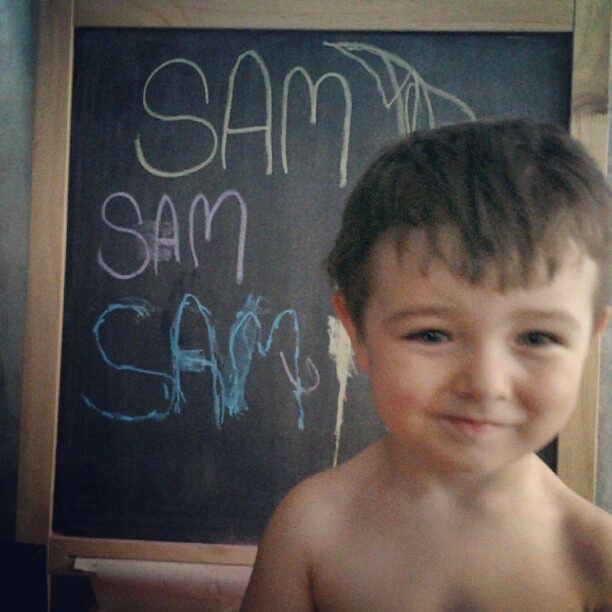 Sammy has been practicing his name and was quite proud of this one, (as was i, i dashed it for him and he traced it...)

He also decided that being three was too old to have a guard rail on his bed... 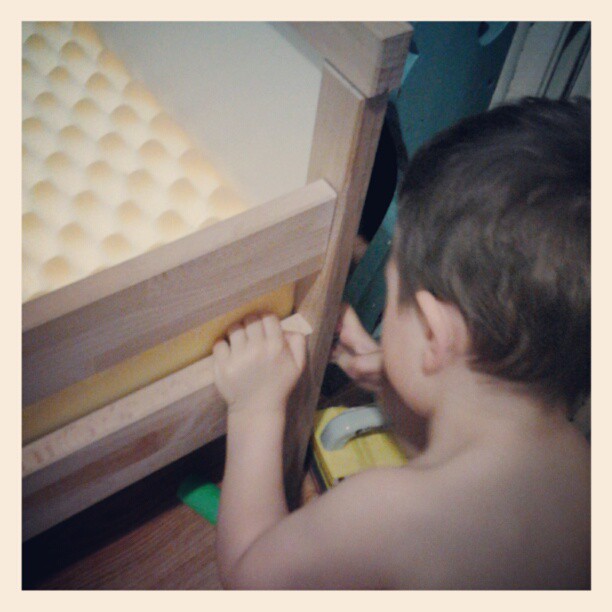 So while i was stripping the bed for laundry, he (with my help) removed the rail. He also decided that he didn't need a night light anymore. So since Saturday he's slept in the dark without the guard rail. He did however fall out once, but really, his bed is a foot off the floor. I went in and he was wrapped in his quilt sitting on the floor. I helped him get back into bed and he fell right back to sleep. And there's been no more incidents!

We spent our day Sunday having a picnic followed by an airshow. Which Sammy loved and Max slept through, (for the most part). 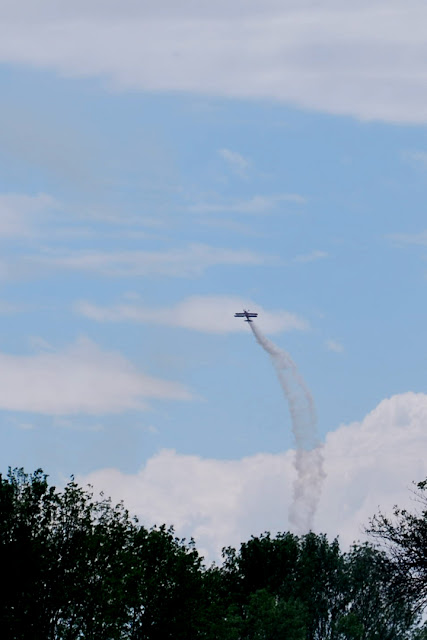 Max napped for the first portion, then they brought out the big guns... 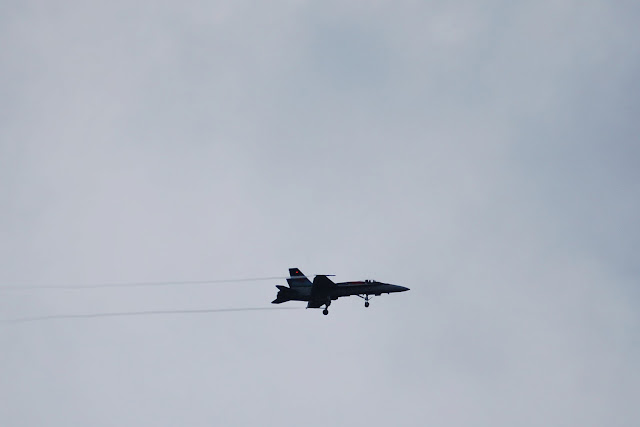 Two words people, Sonic Boom! And it was all downhill! Max was not a happy camper. So, much to Sammy's dismay, we had to leave.

I also managed to squeeze in some time to finish this top up over the weekend! 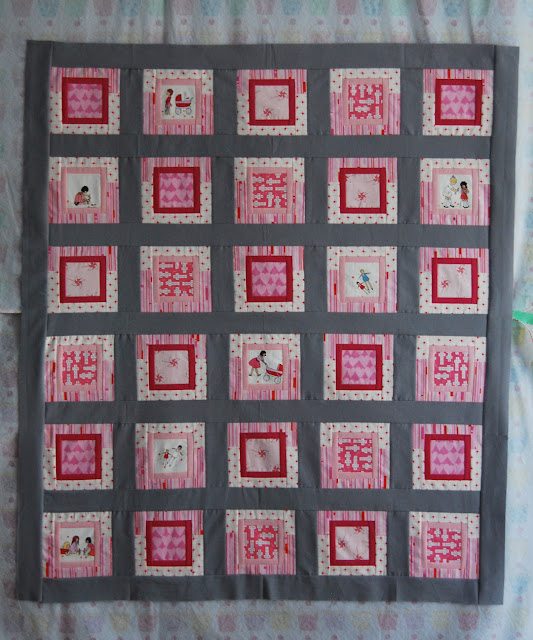 And was hoping to get some time this week to put together a back for it using only stash fabrics. So far no luck. My time has been spent on this, I'm on a deadline for this one so i needed to get a move on it. Ideally i would like a more dense quilting on it, but i'm kinda loving how it looks as is...

The problem i need your help with lies in the border. Along the sides i've quilted around the white diamonds into the border, but i'm not sure how to deal with the top and bottom boarders. 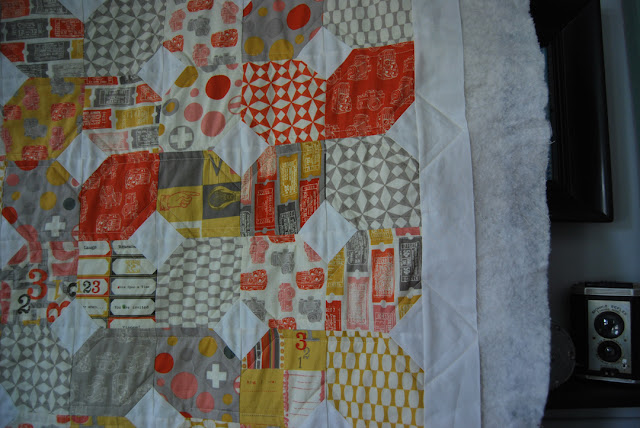 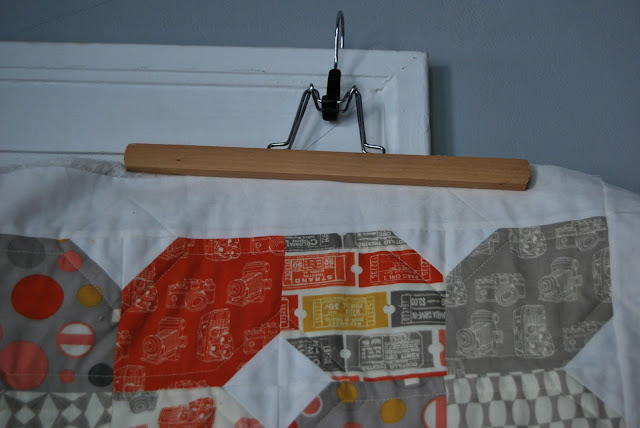 Here's a closeup of the top. I've used my Hera marker to continue the white diamonds into the border but i just don't know what to do. All the quilting has been about a half inch around the seams in horizontal rows, so do i quilt a half inch above the top seam and into the border? The thread i'm using is an off white, and is a lot more noticeable on the white fabric than on the prints. Here's an amazing Photoshop i did showing how this would look.

The white line is my existing quilting and the black would be where the next row would go. Will it look strange with a random line of quilting up there? Then i though about stitching in the ditch and just going up into the border for the diamond tops.


But then would it look strange with the straight parts being more narrow than the rest of the quilting? Or should i just call it a day and leave the top and bottoms empty? What would you do?
Am i over thinking this too much? I probably am...


I think i may need some sleep :)
Linking up as always over at Freshly Pieced for WIP Wednesday!

And just cause they're so cute... 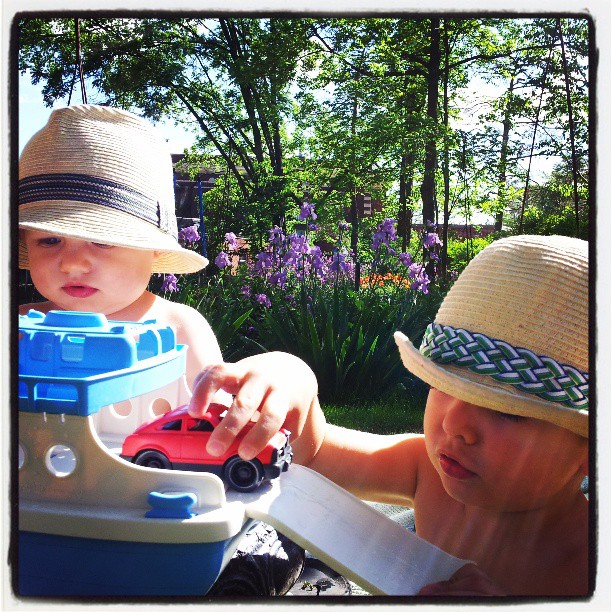