It's a paper piecing party!

So my plan of attack for today was to work through the stack of 16 paper patterns i've had on the go for a pillow, sort of as practice for my new love... paper piecing. So i thought i'd try something simple, large pieces and straight forward. Enter Icky Thump from Julie over at 627handworks. It started well... then it all went to pot. 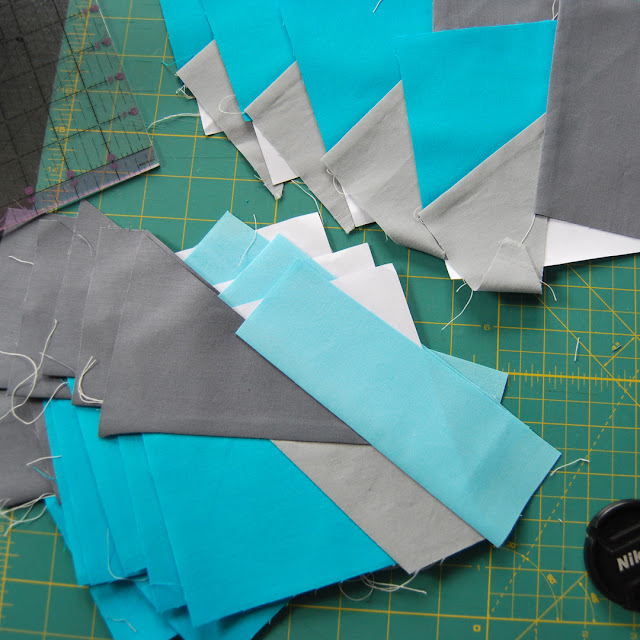 Okay, so the four blocks up in the top of the photo, see the little white paper corners sticking out from behind the light grey? Yeah, those are supposed to be covered up. You'll also notice that i manged to sew on the next section of the block on all four before noticing my mistake. Way to go me! So when i did notice my mistake i thought i would just assemble one whole block... which equals four of those little blocks. You know, to see how it was going to look, i had already started getting that feeling that i wasn't going to like it. 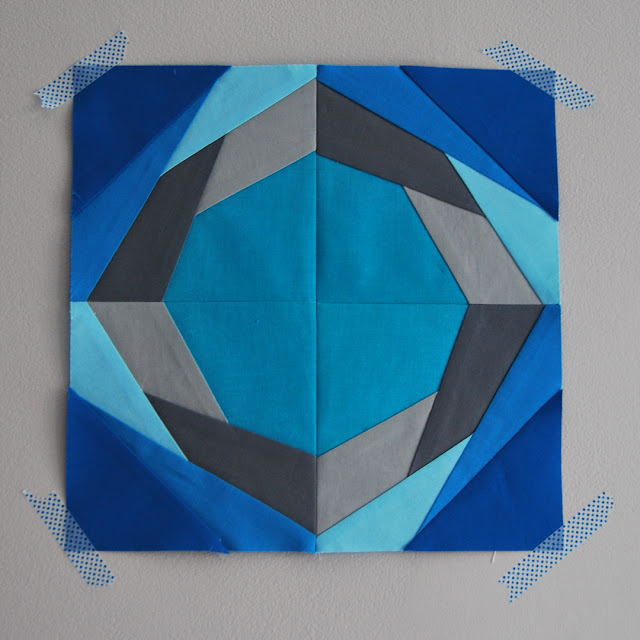 And I don't like it... first, i meant to have the more cobalt blue corners in the center so the block forms more of a diamond pattern, not a circle. Second, my colour choices... they looked good together when i pulled them, but now i'm just not diggin' it. So i've stopped. I shall revisit them at a later date. Maybe i'll get rid of the two bluey blues and replace them with more aqua/turquoisey blues?  Or maybe it's the greys i'm not liking?

Oh well, i did receive a fantastically, wonderful email today that just made my day.  A little while back i had mentioned to my lovely friend Gina of Party of Eight: Our Story that i wanted a paper pieced pattern of a rocket ship. I've made both my little guys quilts using Sarah Jane's Children at Play line and wanted to make matching pillows for their beds. I've already made Sammy a pillowcase from the Rocket Launch Club fabric, so i wanted his little pillow to be a rocket. I had asked Gina if she had ever made a paper pieced pattern before or if she had any ideas on how to make one. Well turns out she's friends with paper pieced pattern maker extraordinaire Kristy of  Quiet Play, so she asked if she could maybe design a rocket ship pattern. And she did! And it's awesome! So back to the beginning, my email today from Gina was the pattern PDF. So what did i do... 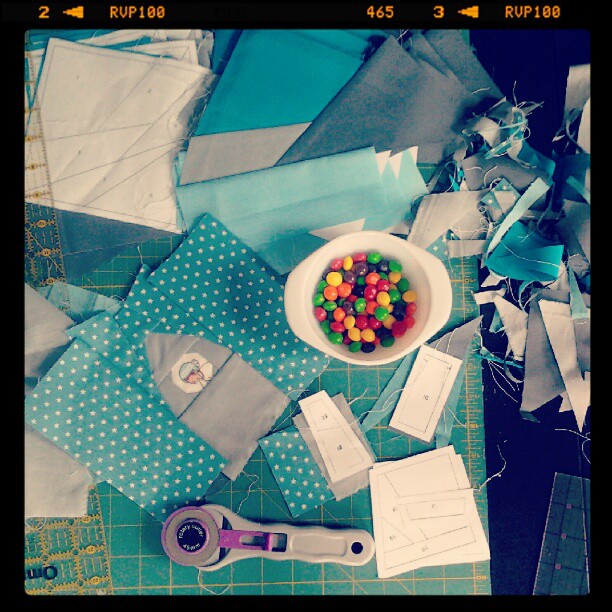 ...besides making a mess and eating skittles that is. 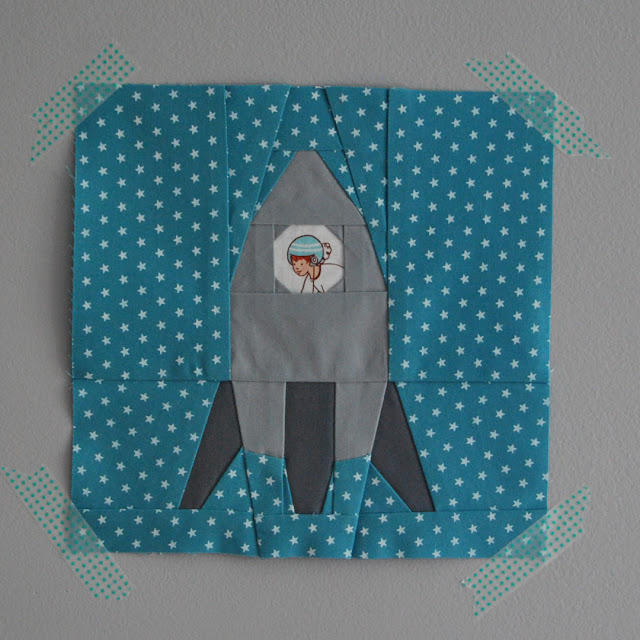 I made a rocket! With a passenger!
Not bad for a test run, if i do say so myself. My piecing still needs work, but the pattern went together beautifully, and a lot quicker than i expected. I love it!
And when Sammy came home from his grandmas today he immediately went running to the wall where it was taped up and said that he loved my new quilt! (he thinks anything i do with fabric is a quilt, even if it's just sample fabrics stuck on my design wall. he's so cute!) He was quite excited when i told him it was going to be a pillow for his bed, and wanted to take it with him to bed as is :) I think that makes it a winner in my books!

I'm linking up with Kristy for the first ever Paper Piecing Party! Come on over, i'm sure there's going to be great things to see!

High fives to the wonderfully awesome Gina, for making this happen, and to the amazing Kristy for designing a cool rocket for my little guy!
xo snips
Posted by nicole at 11:41 PM