But before we get to what i did, lets first discuss what i didn't do. KCW days four and five.
Okay, not entirely true and not entirely my fault. There were some technical issues with Max's Magnum shirt yesterday, so there's no progress to report on that, but i will reiterate that i was not cut out for making kids clothes. I always seem to get it into my head that it's going to be a breeze, and you know what? It's not. But i'm determined to finish my list, though i can guarantee it won't be finished by Sunday. And i'm ok with that.

So instead of sewing for the boys yesterday i whipped up this block for Boston. I'm not sure that the colours are right though, and i'm not digging the grey so much, i think it may be to distracting.

Edited Saturday 27/04 to add - So after staring at this block i finally realized what's rubbing me the wrong way about it. It looks like a bloody swastika!! What the heck people! How did i not notice this?! Needless to say as soon as i finish this update the damn thing is getting picked apart. And i apologize if anyone was offended by this. 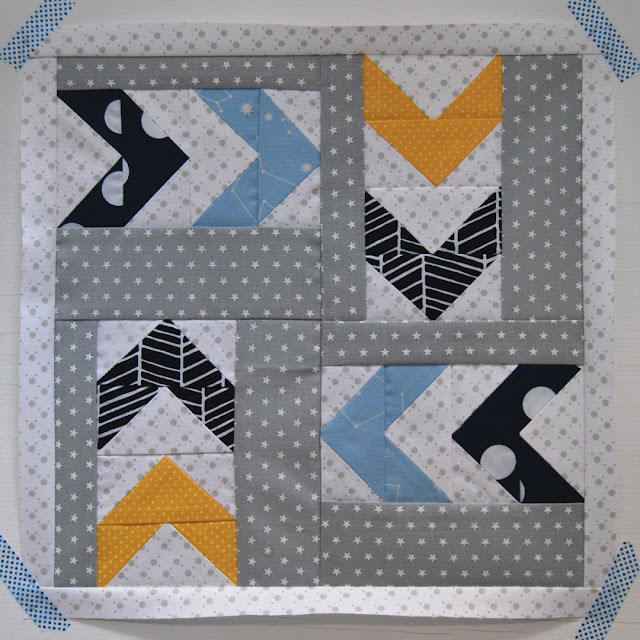 As for KCW day five... today, i had planned on sewing after i got both the boys to bed but we had a bit of excitement out front. 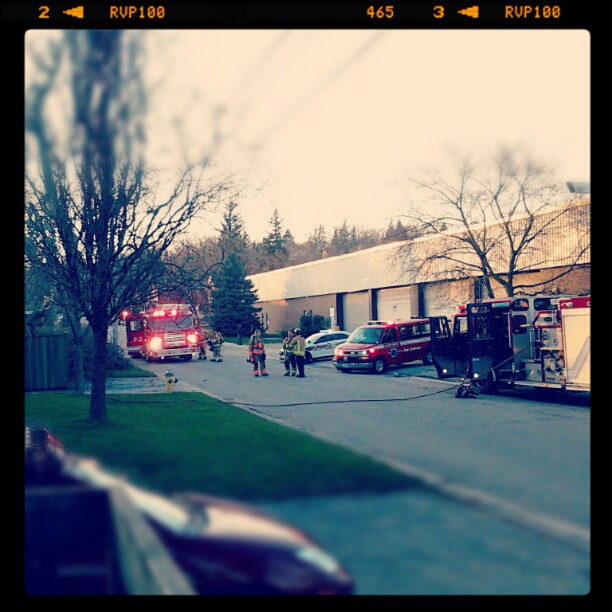 I was in the bathroom with Sammy brushing his teeth when the lights started flickering, now if it was just one light i would think maybe the bulb was going. But all three lights were flickering. Just as that was happening Mr. Snips called out that something was making a really strange noise outside, like someone dragging a metal bed frame down our driveway. We went out on the front porch and the hydro box on top of the pole just went crazy with noise. That's when we looked around and saw this. 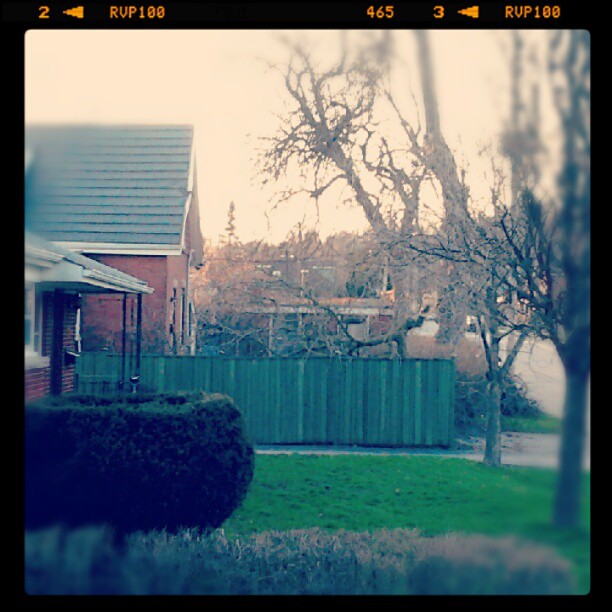 This was the tree that was damaged a couple weeks ago in the ice storm we had... i guess there was still some seriously damaged branches and this one came down hard. We live in an older neighborhood so our power lines are above ground and when the branch came down it took down the lines between our next door neighbor and the red house. It pulled the power lines right out of our next door neighbors house. Which in turn started a fire. Luckily two guys from the house behind had seen what happened and hopped the fence with fire extinguishers.

The lady that lives there is elderly, lives alone and just recently had a stay in the hospital. She refused to leave her house, and when the fire department arrived they had to smash out her basement windows to get in. The fire wasn't too bad. Apparently from what the firefighter that came to talk to us said, it was really just her electrical panel that got fried when the lines were ripped from the side of her house.

No one was hurt, but you park two fire trucks, a ladder truck, a police car, a police suburban, a hydro boom truck and the red fire chief truck, all with flashing lights, in front of the house of a three year old boy, bedtime hours get extended. I had a heck of a time getting Sammy back in the house. Then trying to get him to go to sleep, exhausting. So i will not be sewing tonight.

Now, what did i do you ask? Well let me tell you. First, you remember these three quilts. 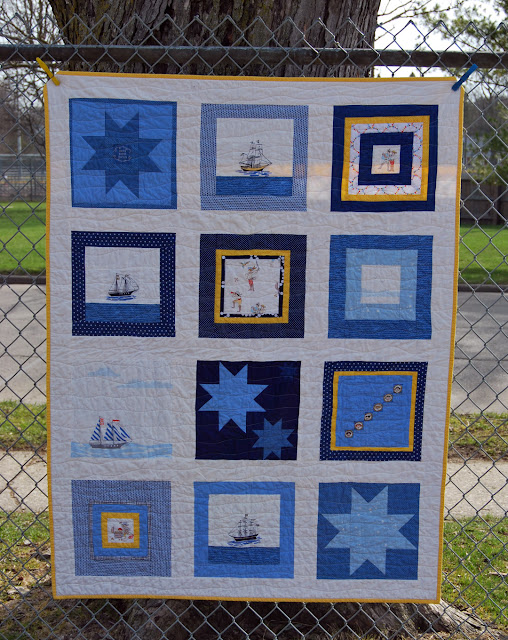 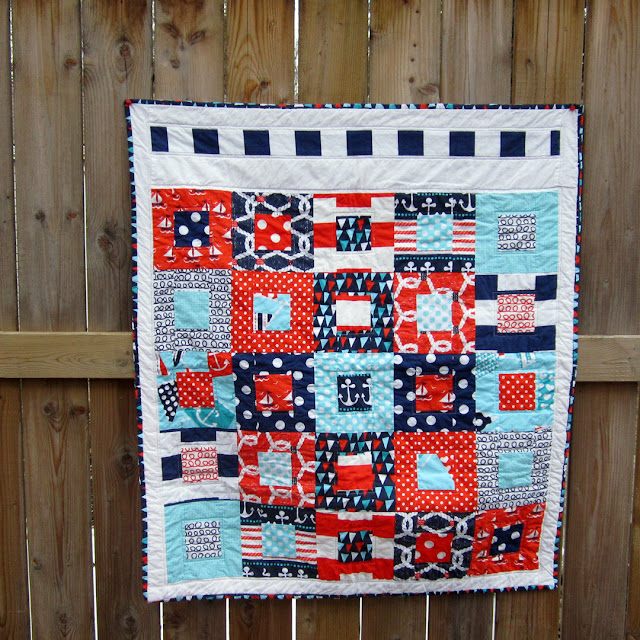 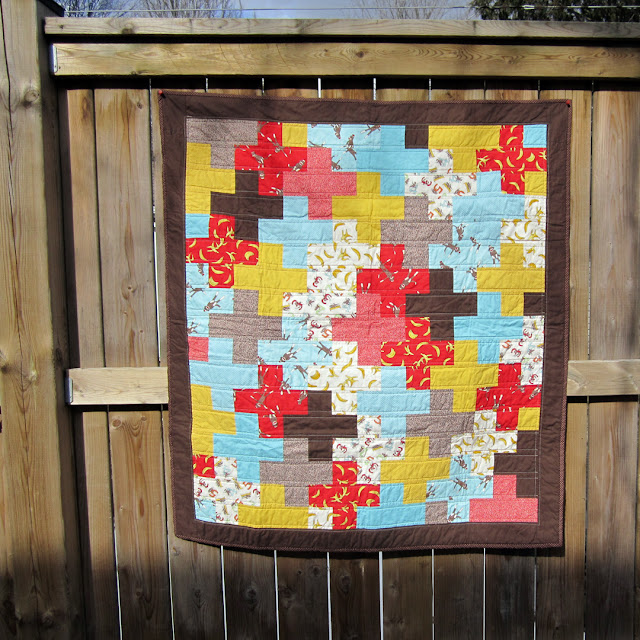 Blogged about  here and here. Well, i finally did it. I posted them for sale in my shop! I`ve had that Etsy shop for five years and never posted anything in it for sale. I had originally opened it to sell my artwork in and never did. Then when i started quilting i thought maybe i could give it a try and never did. I guess the time is just right now. So that's my big finish for this week. And let me tell ya, i had a much harder time writing the descriptions and polices and all that jazz then i did making the quilts! (okay, that might not be entirely true.) But hardest of all was finding the courage to post something i made and hoping that someone likes it enough to buy it!

So a big high five to me for being brave and high fives to all the fire and police crews that came out and kept our neighborhood safe!
xo snips.

Linking up to finish it up Friday over at crazy mom quilts, stop by and take a peek at some awesome finishes!