...not a lot of progress on anything.
Both my little guys have colds and while Sammy seems to be handling it like a trooper, Max, not so much. I think the combo of the cold and teething has been too much for the little guy to handle. He hasn't been sleeping well, which means i haven't been sleeping well. He seems to be on the mend, but we had a couple days there where no sleep was had... and one where i had to hold him all night to keep him calm. Sleeping has gone back to normal now so here's hoping i can get some much needed sewing done.

I did finally manage to get a fairly decent shot of my Come What May quilt top... 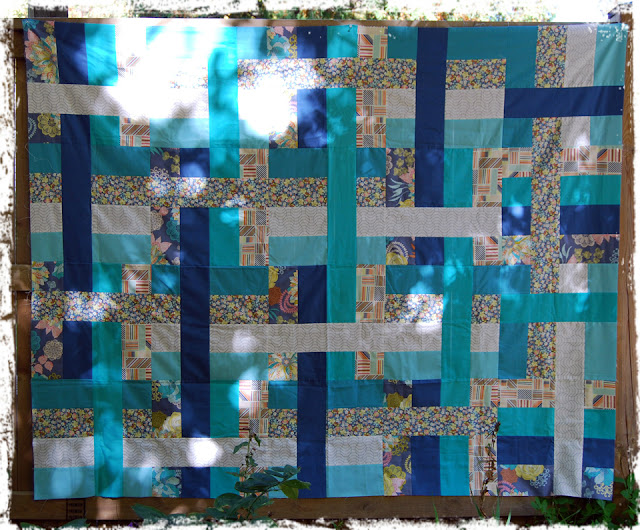 ...sort of. It is hanging sideways, but looks pretty good if i do say so myself.
Now i'm just waiting on the backing fabric, i'm using one of the solid blues and i think i might bind it in the same one. I had originally planned on binding it in Melody Sketch by Naomi Ito... the middle print in this photo. But now that the quilt is assembled i think it may be to busy with it as the binding, i think a solid blue will frame it out nicely. But until the fabric arrives, this one goes on the ever increasing pile of quilt tops to finish.

So, as if i didn't have enough projects on the go... 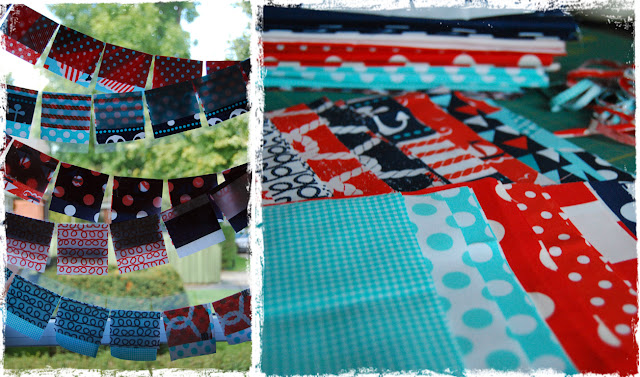 I went ahead and cut into my stack of Michael Miller's Ahoy Matey line... i needed a quick project that required little to no thinking to work on while the boys are sick. So i'm using Cluck Cluck Sew's stack-n-whack tutorial to make this quilt. Hoping to have it finished soon.

That's about it for now...
no high fives today,
what with all the snotty noses around here i wouldn't want to get anyone sick!
xo snips
Posted by nicole at 9:34 AM