Okay so i totally planned on writing a proper post with all sorts of witty remarks, interesting ideas and can't live without tutorials, then finishing up with the quilt top i finished this morning.
But i was sucked into Pintrest again and couldn't get out.
It's not my fault... i'm positive they have some sort of subliminal messages happening there that keep people from leaving.
Now looking at the clock it's almost midnight so i'm jumping straight to the quilt.

It started with Sarah Jane's newest fabric line...Out To Sea. It was one of those lines that no matter what, i had to have it. So the day Hawthorne Threads released it i snatched up some of my favorite prints... 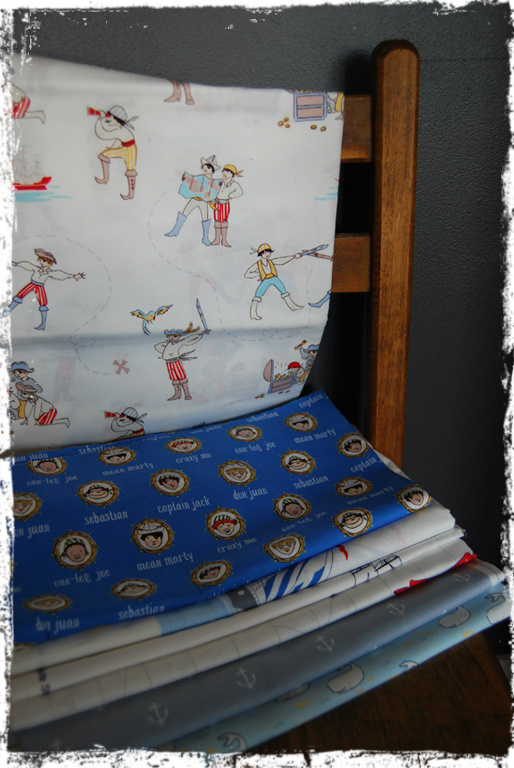 When they arrived i spent a great deal of time just staring at them... to scared to cut into them for fear of making something unworthy of the prints. Am i the only one with this problem? Then i start thinking that maybe i should have ordered more, because if i use this then i won't have any to use later, okay maybe i shouldn't cut into it. Which totally defeats the purpose of buying fabric to make things with. So with no plan of action what so ever i started cutting, and sewing and cutting some more. And blocks started forming... and then i realized that i was no longer making one quilt, but two. 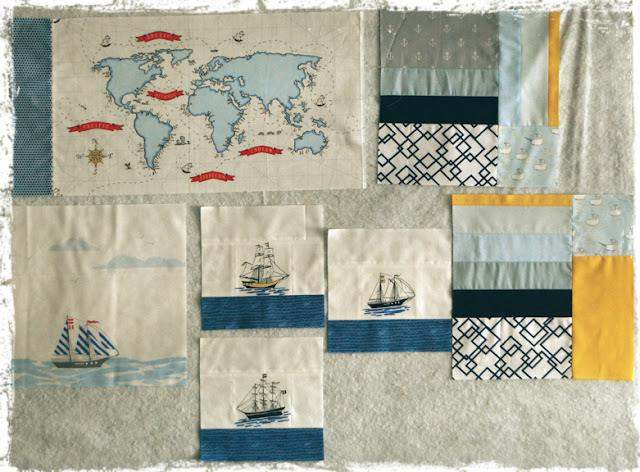 It's quite obvious that the blocks don't belong together.

So i continued on with the ships and left the narwhals for another day. I've made a few more blocks for the ship quilt but became sidetracked with some other projects and put it to the back burner. Then yesterday i pulled out the two narwhal blocks and decided i needed to finish at least one quilt top with this fabric...

So I did. I'll apologize now for the rubbish photo, it rained all day today... 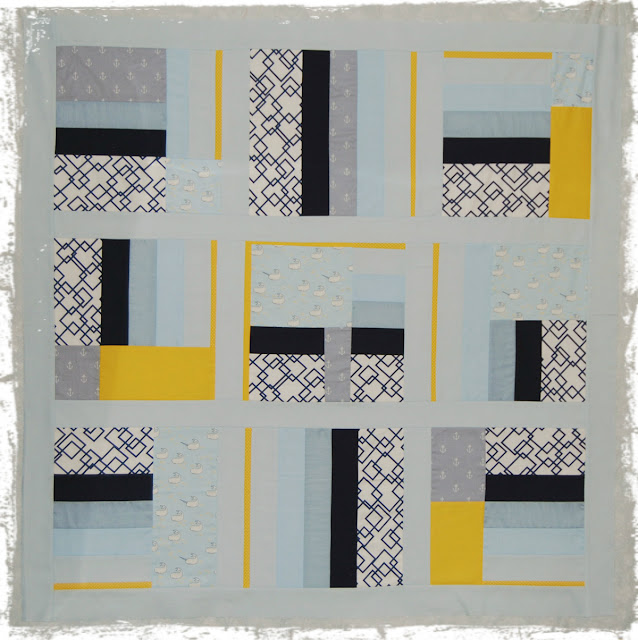 It's quite different than what i normally make but i love it! I now just need to pick the right backing and binding to finish it off then this could potentially be the first quilt i post for sale in my shop!!

I also managed to get in a little work on my AMH hexie quilt... 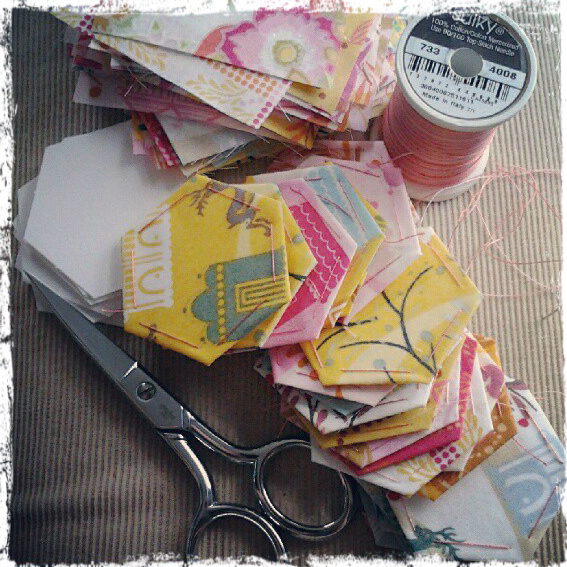