I can never thank you enough for all that you have done for me through my life,
and the love you have given me every single moment of my existence. 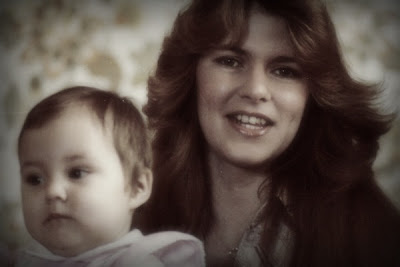 There are not enough words in this world that can describe what  you mean to me.
You are the reason I am.
You make me believe in me.
Today and every day I celebrate you, the worlds most amazing Mom.
Happy Birthday Mom!
I love you!
Posted by nicole at 12:00 AM 0 comments

Ok, so while I wasn't planning on taking the last 6 months off from my blog it seems that's how long it's been.
I have no legitimate excuses, though I'm sure I could create some interesting and believable reasons for being away, but the truth is, I just haven't felt like writing.
I'm not quite sure why now of all times I'm attempting this little blog again, I'm sure that no one is reading anymore. And added to that, the next couple months are going to be quite hectic for me.

Ill be spending a good portion of January planning Sam's second birthday party, though I do already have most of it taken care of, except for making all the decorations, grocery lists, thank you gifts, guest list, sending out the invites, hmmm, it would seem I'm not as far along as I thought. 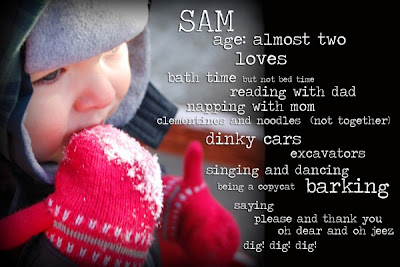 In addition to planning Sam's party I'll also be helping my little sis with plans for her wedding reception! 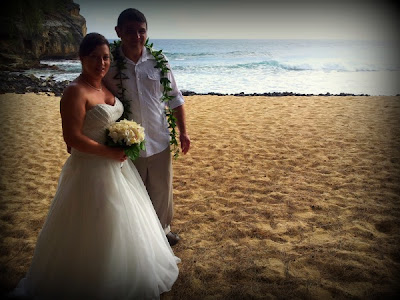 Her and my new brother in law got married in Hawaii in November and will be having a reception here in February. (doesn't she look gorgeous!)

And if the planning for these events wasn't going to be time consuming enough, I'm nesting like mad...
That's right!, for those of you who don't know me on a personal level I'm pregnant! 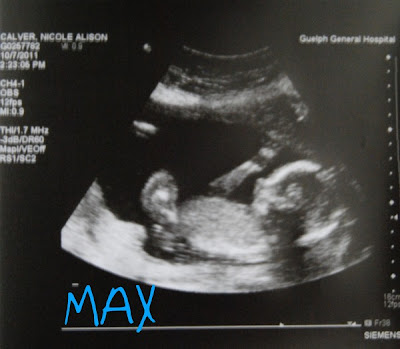 So this is one of the reasons I've been MIA for the last six months. My morning sickness got the best of me in the beginning, and I was really worn down. Being preggars and chasing after a toddler all day then going to work and having the kind of morning sickness that lasts all day really knocks you down.
So I planned on taking a little bit of a break from blogging...a month or two at the most, just long enough to get over the morning sickness and complete and utter lack of energy.
Then I'd be back.
Sometimes things don't really go the way you expect.

I'm now 32 weeks along and if the internets were big enough I'd post a picture of my monstrous belly. The twelve pounds I've gained seems like a hundred, especially when persistent lower back pain is stealing my sleep and keeping me from doing things that need to get done. The hardest part is not being allowed to pick up my little guy. 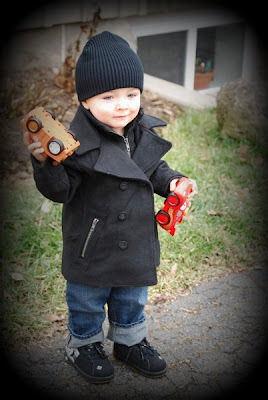 Seriously folks, how can you possibly resist such cuteness?

So I have quite a bit to catch up on... including 6 or seven new quilts, and I'm hoping to once again start posting on a semi regular basis. But I make no promises, February is fast approaching and with Sam's party, my little sisters party, my big sister flying home and the birth of our second son I'm not sure how much time I'll have to post, but I will try. 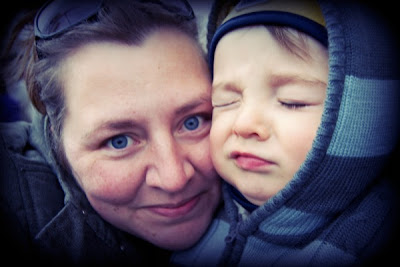