My apologies for the lack of posts... Sam has decided that being part of the rebel alliance is over rated and has decided to try his hand at the dark side. His teething seems to be dragging on with no developments...just pain. So the poor little guy spends most of his day in tears. And when he’s not crying he’s gnawing on anything he can get his hands on, chewing away with reckless abandon and leaving a trail of slobber in his wake. You’d almost think that a giant snail lived here. 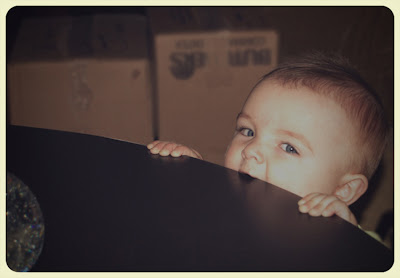 ...when I started  this post almost two weeks ago...(see how long it takes me to get things done) he had no teeth...but dun dun da daaaa... he has a tooth!! Finally! Not that it’s stopped the screaming and crying, the poor guy, but at least there’s now something to show for the pain, even if it’s just a little white nubbly bit poking out of his gums. I’d post a picture if I could get one. You have no idea how hard it is to get a picture of the inside of a baby’s mouth.

In other Sam news, he’s now crawling at full speed, and man is he quick! The chaos has begun and nothing is safe. I guess this means I need to do something about the cougar sized dust bunnies that have been living under the furniture. I wouldn’t want one of them to attack Sam. 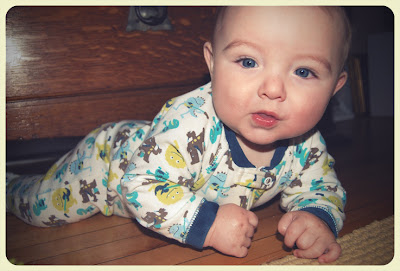 He’s also started pulling himself up to a standing position. 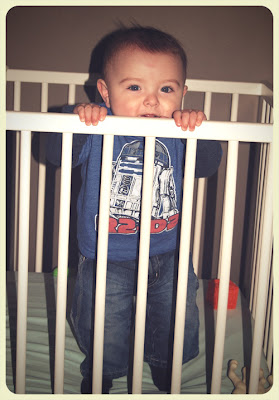