So I thought maybe it was time for me to get a start on # 79.
My goal is to read twenty novels on the Random House 100 best novels, ten from the boards list
and ten from the readers list.
So I used a random number generator to pull first ten numbers from 1 - 100 for the boards list.

I promised myself that once the numbers were chosen I would stick with them. And man do I wish I could break my promise... though I’ve given myself a fifty page clause. If I absolutely can’t get into the novel in fifty pages I’m allowed to stop. There’s quite a few books on the lists that I’ve wanted to read but also a few that I’ve never heard of or wish I could remove from the list.

While reading the list to Mr. Snips he informed me that the author of number nine on the readers list, was the leader of world crackpot domination, L. Ron Hubbard, the guy who started Scientology. So I googled the novel only to find out that it’s not one novel but a series of TEN novels, that total 3992 pages!    *facepalm*
I’ll try, but I make no promises.

First off, did you notice that the first number generated for each list has given me the same book? What are the odds of that? So I’ve decided that I don’t need to read it twice, instead I’ll generate another number and choose between the two lists.
So the new number is... 55. And my choices are, On The Road by Jack Kerouac from the boards list. And the readers list has given me, A Clockwork Orange by Anthony Burgess. So I guess I’ll need to decide which one to read, or maybe I’ll just read both. We’ll see.

I’ve decided to start with # 73 from the readers list, 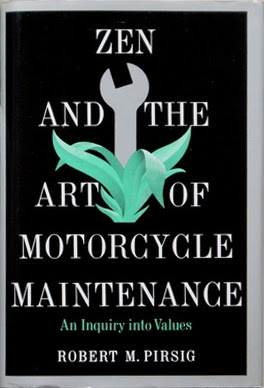 It’s one that I’ve wanted to read for some time and just never got around to it. I’m 58 pages in and not really enjoying it but at the same time it’s not awful...so I guess I’ll continue on and see where it goes.

I’m interested to see how many of the novels I’ll actually get through. I’m an avid reader but not much into the hard and chewy novels. I’m for the most part a pleasure reader, I’m not one for the books that everyone must read, at least once, because they are a testament to the genre, or make you think, or change your life and leave you better for having read them. I read to relax, so I don’t want to have to think about or analyze what the author is writing about. Keep it light and fluffy for me please.

Now I don’t want anyone to think I’m here at home devouring Harlequin Romance novels...that’s definitely not the case. My genre is more along the Stephen King, James Patterson, Dean Koontz style of writing. Though I will admit to enjoying the occasional chic lit novel. So with this selection to read it should be interesting.

Any opinions on the chosen novels or ideas on which one I should tackle next?
Posted by nicole at 7:52 PM